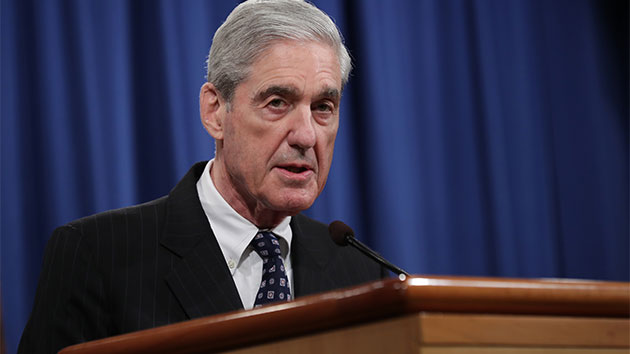 (WASHINGTON) — The House Judiciary and House Intelligence committees have subpoenaed former special counsel Robert Mueller for his testimony before Congress, according to a press release issued Tuesday evening. “Pursuant to subpoenas issued by the House Judiciary and House Permanent Select Committee on Intelligence tonight, Special Counsel Robert S. Mueller III has agreed to testify before both committees on July 17 in open session,” according to the release. Mueller is expected to sit before both committees in two separate open hearings on July 17, according to congressional aides, with the possibility that some testimony will occur in closed session.”We are pleased that the American people will hear directly from Special Counsel Mueller,” House Speaker Nancy Pelosi said in a statement. “The Mueller Report revealed that the Russians waged a ‘sweeping and systematic’ attack on our elections, and America’s top intelligence and law enforcement officials have warned that the Russians will attack our elections again.”She added that members of Congress must honor their oath and follow the facts to “protect our democracy.”Mueller broke a nearly two-year silence when he made a brief public statement at the Department of Justice in late May.During his comments, Mueller said he had no further plans to speak publicly on matters that were addressed in his over 400-page report.”The report is my testimony,” Mueller said.In response to the news of Mueller’s upcoming testimony before Congress, President Donald Trump’s lead attorney Jay Sekulow told ABC News, “Bob Mueller agreed to testify. He already said his testimony will be his report. We expect his testimony will be the report.”He added that he also expects Mueller to have to respond to any irregularities that occurred during his investigation.Attorney General William Barr released a redacted version of the Mueller report on April 2018. The report found no evidence of collusion between the Trump campaign and Russia, but declined to make a prosecutorial decision on whether the president obstructed justice during the course of the 22-month-long investigation into Russian interference in the 2016 election.The release of the redacted report elicited near-immediate calls from Democrats, who called for a release of the unredacted documents. Members of the House Judiciary and House Intelligence committees have called for the full report to be shared with Congress.