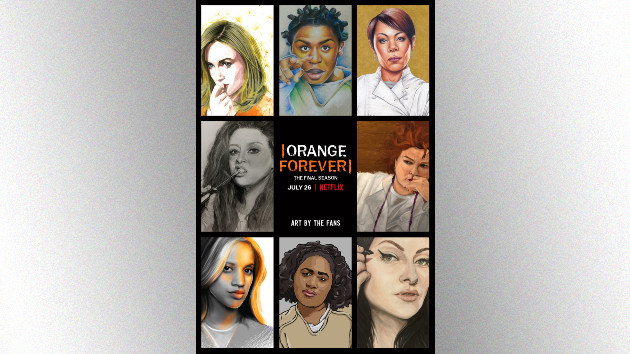 (NEW YORK) — Orange Is the New Black is ready for its fade to black. The Netflix series has released the trailer for its final season, which debuts next month.

In the trailer, we see Taylor Schilling’s Piper trying to adjust to life on the outside, as the other ladies of Litchfield come to terms with how prison has changed them.

Meanwhile, Danielle Brooks’ Taystee faces a life sentence and a confrontation with her friend Cindy, who testified against her. And Crazy Eyes, played by Uzo Aduba, contemplates what she wants in life.

Throughout glimpses of the new season, these words flash across the screen: “One color brought us together, one color inspired change, one color began a movement, one color gave us hope.”

The seventh and final season of Orange Is the New Black debuts on Netflix July 26.