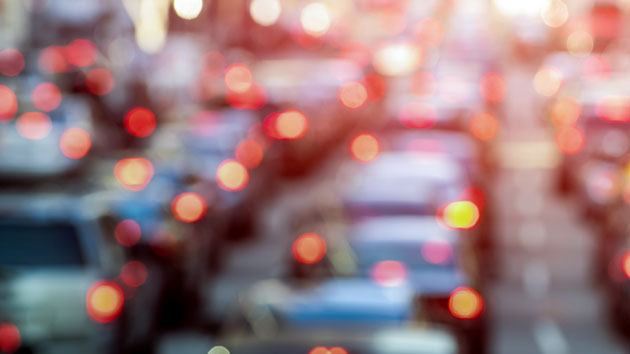 (DENVER) — A shortcut to the Denver International Airport turned into a “muddy mess” on Sunday for dozens of drivers who were following directions from Google Maps.Connie Monsees of Highlands Ranch, Colorado, was on her way to pick up her husband when she hit a traffic jam on Pena Boulevard. She pulled out her phone and used the app to find an alternate route that would get her to the airport in half the time, but didn’t realize how off-road she would be.”It eventually took me to a road that … became dirt,” Monsees said on ABC News’ Start Here podcast. “I was not the only one. There was probably a hundred cars out there.”The route was “a muddy mess of a field,” she said, because it had been raining all weekend, and cars were getting stuck in ditches slick from Colorado’s clay soil.As Monsees bypassed some of the really slippery spots with her all-wheel drive, other people started asking her for a lift.”This man walked by my car and said, ‘Are you going to the airport?’ And I said, ‘I am,"” she recounted to the podcast. “He got in the car with me because the car he was in was not going to make it.”After picking up an Uber passenger who was also hoping to catch a flight, Monsees eventually emerged from the mud and got back on pavement. “We made it out and they both made their flights. It was just incredible though.”Although the ride took her 3 1/2 hours, when normally she said it would take about 1 1/2 hours round-trip, Monsees doesn’t blame Google, “They, as far as they knew, they took us to a good spot. But I think, as a society, we … are too wrapped up in trying to just do things quick.””We take many factors into account when determining driving routes, including the size of the road and the directness of the route,” a Google spokesperson said in a statement to ABC News. “While we always work to provide the best directions, issues can arise due to unforeseen circumstances such as weather. We encourage all drivers to follow local laws, stay attentive, and use their best judgment while driving.”This story is featured in Wednesday’s edition of ABC News’ Start Here podcast.Copyright © 2019, ABC Radio. All rights reserved.

‘Our Kind of People’: Yaya DaCosta explains why her character’s feelings of entitlement are a good thing
Gabby Petito’s parents ask public to help authorities find Laundrie, aid in helping other missing people
Issa Rae discusses married life and the possibility of having kids in ‘Self’ magazine
COVID-19 live updates: Hospitalizations drop due to declining metrics in Florida
Following jail sentence in college cheating scandal, Lori Loughlin returning to TV’s ‘When Hope Calls’
Capital Gazette shooter sentenced to life in prison without the possibility of parole