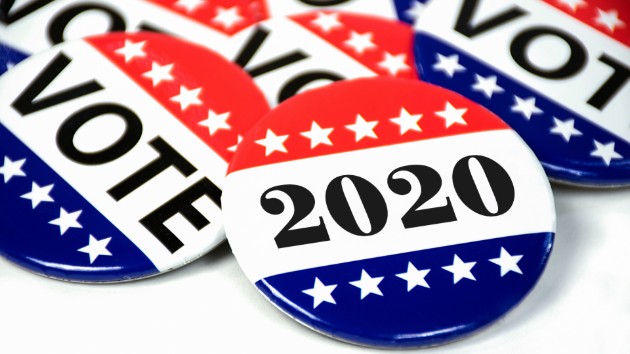 (MIAMI) — The first Democratic debates are here, and the 2020 contenders are converging on two stages in Miami — the site of the first debates on Wednesday and Thursday — in the crucial battleground state of Florida. In the initial months of the campaign season, the presidential hopefuls have been looking to break out from the sprawling field. Now, 20 Democrats are seeking to use the early introduction to Democratic primary voters, beyond the coffee shops and house parties in the early nominating states, to reset the playing field. The debates will take place over two nights and air on NBC, MSNBC and Telemundo beginning at 9 EDT.The first debates might usher in a breakout performance or a disappointing one, but it will also give candidates their first opportunity to show their differences and pitch their wide array of policy prescriptions to the major issues like climate change, gun control, health care, foreign policy, immigration and criminal justice reform, that have been percolating in the Democratic primary so far.The first 10 candidates set to square off on Wednesday are:

On Wednesday night, standing at the center podiums will be Warren and O’Rourke. The Massachusetts senator, currently a top-tier candidate after narrowing the gap between former Vice President Joe Biden in recent polls, will have the chance to set the tone against some of the more moderate candidates — Klobuchar, Delaney and Ryan — with her progressive agenda stacked with detailed policy proposals.For O’Rourke, the debate is an opportunity to recapture the prominence and spectacle that surrounded his entry into the contest back in March — and amass enough traction to put him among the higher polling candidates before the second debate in July.For Booker, who arrives in Miami after last week’s clash with Biden over his rival repeating a refrain of praise for segregationist senators at a fundraiser, the pressure is on to overcome lagging poll numbers that put him in the middle of the field. He has spent the early days of the week doing push-ups, drinking “lots” of LaCroix, and eating some popcorn to prepare for the big night.”Debate prep is serious and one should take it seriously, but you also have to have moments where you can take a break, reset, get back in it,” a campaign aide told ABC News.For Delaney, who has been prepping in part by watching the crowded Republican debates in 2016, his campaign team said the goal is to “make a little bit of a splash and see what happens.””Wednesday night is going to be a dog fight, let’s not kid ourselves,” said national press secretary Michael Hopkins. “We’re going to try to be the adults in the room and be more about substance than about flash.”Inslee arrived in Miami early to meet with and learn from folks on the ground and on the front lines of climate change.”Our focus is largely on the governor presenting his message, and I think there are two things that set him apart — he’s the only candidate who’s saying climate change needs to be the No. 1 priority,” Inslee’s communications director Jared Leopold told ABC News.On night two, although it won’t be Biden clashing with Booker, he will be standing alongside Sen. Bernie Sanders, I-Vt., as they are expected to bump elbows to woo the Democratic base and establish their front-runner status.A day before the first debate, NBC announced that each night will be split into five segments with four commercial breaks over the two hours. Throughout each segment, candidates will have 60 seconds to answer questions and 30 seconds to respond to follow-ups, according to NBC.In order to qualify for the debates in June and July, candidates must earn at least 1 percent support in three separate national or early-state polls conducted from Jan. 1 to two weeks before the given debate, or receive donations from at least 65,000 people across 20 different states, with a minimum of 200 unique donors per state. The number of debate participants has been capped at 20 by the Democratic National Committee.There are three declared candidates who will not appear on either stage, after failing to meet the DNC’s qualification standards for the first debate: Montana Gov. Steve Bullock, Massachusetts Rep. Seth Moulton, Miramar, Florida, Mayor Wayne Messam.Copyright © 2019, ABC Radio. All rights reserved.

Generational wealth implications: Black and Latino-owned homes are more likely to be undervalued
Let’s-a go! Chris Pratt to voice Mario in upcoming ‘Super Mario Bros’ movie
‘The View’ hosts leave mid-show due to testing positive for COVID-19, miss Vice President Harris interview
‘Celebrity Wheel of Fortune’ returns on ABC Sunday night
Gabourey Sidibe shares the special connection she has to her new podcast thriller ‘If I Go Missing the Witches Did It’
Arrest warrant issued for Brian Laundrie in Wyoming as search presses on: Live updates