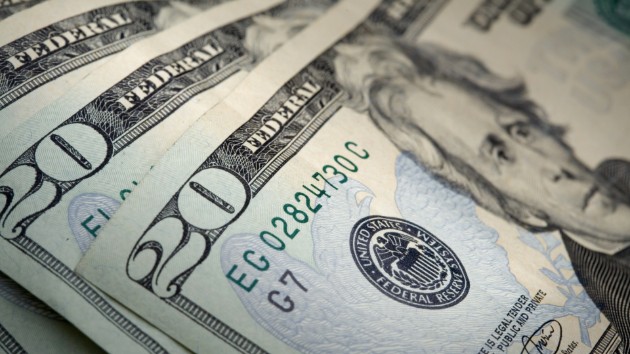 (WASHINGTON) — After receiving a request from Democratic Minority Leader Sen. Chuck Schumer, D-N.Y., the Treasury Department has agreed to look into why the redesign of the $20 bill, featuring former slave and abolitionist Harriet Tubman, will not be released in 2020.The redesigned note was originally scheduled for release next year as part of an Obama-era initiative, but at a congressional hearing in May, Treasury Secretary Steven Mnuchin announced that the bill would not be released until after President Donald Trump leaves office. Mnuchin made the case for the delay during a hearing last month, stating that it was necessary to accommodate anti-counterfeiting measures. He has not offered his opinion on the bill redesign.Last week, Schumer asked the Treasury Department’s inspector general to probe the Trump administration’s decision to push back the production of the new bill, speculating that political considerations might have influenced the decision to delay the release. Schumer’s letter referenced comments made by Trump in 2016 when he said the endeavor to remove President Andrew Jackson from the front of the $20 bill was “pure political correctness.”The Treasury Department’s acting inspector general, Rich Delmar, wrote back in a letter to Schumer — released Monday — that the department has agreed to “investigate the circumstances surrounding the Department of Treasury’s decision to delay redesign of the $20 note featuring the portrait of Harriet Tubman, including any involvement by the White House in this Decision” as per Schumer’s request.The plan to review the new note design process will be incorporated into the Treasury Department’s scheduled audit of the Bureau of Engraving and Printing’s process for crafting new notes and implementing security features.”I believe this approach will efficiently address the concerns expressed in your request,” Delmar wrote in the letter to Schumer.Delmar also specified that the investigation will look into the $20 bill and that the department will take action if they uncover any misconduct.”It will specifically include review of the process with respect to the $20 bill. If, in the course of our audit work, we discover indications of employee misconduct or other matters that warrant a referral to our Office of Investigations, we will do so expeditiously,” he added.Delmar stated that the review process will likely take 10 months to complete.Schumer said he is “pleased” with the investigation.”I’m pleased the inspector general will review this matter and hope it is conducted in an expeditious fashion,” Schumer said in a statement. “The motivation for the Trump administration’s decision to delay the release of the new note has not been credibly explained, and the inspector general’s review must get to the bottom of this.”Copyright © 2019, ABC Radio. All rights reserved.

A family promise led her to Mount Cristo Rey, the site of a pilgrimage for those seeking a miracle
SpaceX’s 1st all-civilian crew returns to Earth after successful mission
SpaceX’s 1st all-civilian crew set to splashdown Saturday night
Latinos in sports are drawing on their heritage to inspire others
Police searching ‘vast’ preserve for Brian Laundrie, boyfriend of missing 22-year-old Gabby Petito
Hostess assaulted at NYC restaurant after asking Texas patrons for proof of COVID-19 vaccination