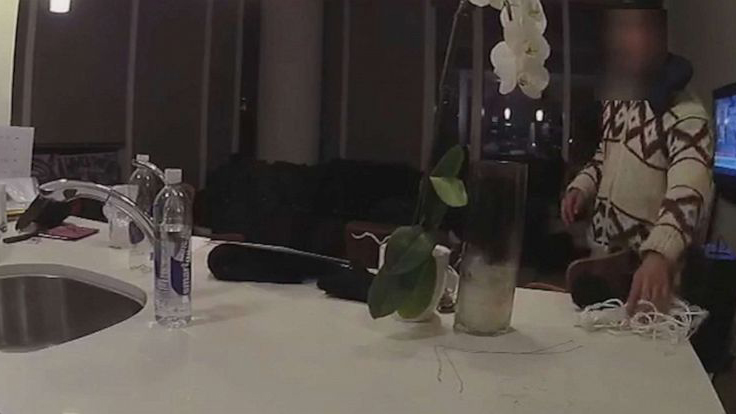 (CHICAGO) — Portions of police video obtained in connection to the Jussie Smollett case have been released, giving a never-before-seen-look into the controversial case.Some 69 hours of police video were released Monday, with two videos showing the moment when police first arrived at the actor’s residence after receiving a 911 call that alleged he was the victim of a hate crime.In the police body camera footage, Smollett is seen with a noose around his neck. The video also records Smollett asking the officers to turn off their recordings.Another group of video clips shows the moment when the police apprehend the two brothers who allege they helped Smollett stage the attack.The videos show Abimbola and Olabinjo Osundairo as they were arrested on Feb. 13.The two men, Smollett initially said, shouted racist and homophobic slurs at him as a rope was wrapped around his neck and an unknown chemical was poured on him. The alleged assailants, police were told, yelled “MAGA country,” an apparent reference to President Donald Trump’s “Make American Great Again” slogan.The brothers have since filed a federal defamation lawsuit against Smollett’s attorneys, claiming that the lawyers publicly blamed the brothers for the attack.The new release of the video tapes comes days after a judge decided to appoint a special prosecutor to look into the Cook County prosecutor’s original decision to dismiss charges against Smollett.Smollett, an actor who starred on the television show “Empire,” had all of the charges against him dropped, despite prosecutors saying they believed he fabricated the attack. Smollett has maintained that he did not stage the attack.The new special prosecutor investigation isn’t the only one that will be giving a second look at the case. Two law enforcement sources told ABC News in March that the FBI would be reviewing the case.The decision to drop the charges against Smollett was met with an immediate backlash, as the city’s police department had already made public comments about the case, laying out what they said was the evidence that proved Smollett arranged the alleged attack.Shortly after the charges were dropped, the city sued the actor in an effort to recoup some of the tens of thousands of dollars they say the police department spent investigating the case.