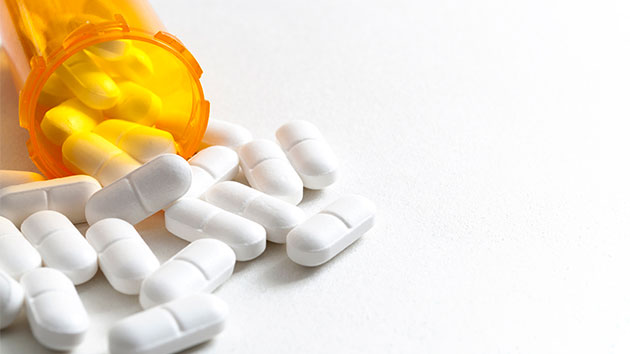 (NEW YORK) — An Oklahoma judge signed off on the state’s settlement with a generic drugmaker on Monday, closing one chapter of ongoing litigation against drugmakers charged for their role in the opioid crisis.

Cleveland County District Judge Thad Balkman approved Israel-based Teva Pharmaceuticals’ $85 million deal with the state on Monday, which included provisions for the company to stop marketing opioids in the state.

“The resources and terms of the agreement will help abate the ongoing crisis the state is facing, help prevent doctors and Oklahomans from being misled by marketing materials and provides law enforcement with another investigative tool to help us shut down pill mills and illicit enterprises.” Oklahoma Attorney General Mike Hunter said in a statement after the settlement.

“In addition to the funds going to the state to be used to abate the opioid epidemic, Teva will not employ or contract with sales representatives to promote opioids in the state; the company will not use speakers, key opinion leaders or speaking events to promote opioids; and the company will not provide direct or indirect financial support for branded or unbranded information promoting opioids, such as brochures, newsletters, books and guides,” the statement from Hunter’s office said.

The settlement stipulates that Teva admits no wrongdoing, saying that it should not be “construed to be a concession as to any claim…admission, evidence of any violation of any statute or law” or “evidence of any liability or wrongdoing by Teva.”

Israel-based Teva was one of more than a dozen companies sued by Oklahoma for “deceptively marketing its opioid pain medications– as well as opioid products generally– so as to overstate their efficacy and downplay the associated risk of addiction,” according to court documents

The Oklahoma suit has been closely watched as a benchmark for more than 40 other states who are suing opioid makers and more than thousands of municipalities who have also filed similar lawsuits.

All of the defendants except for Johnson & Johnson have settled with the state, most notably, OxyContin maker Purdue Pharmaceuticals, which settled for $270 million.

The state is currently trying its case against Johnson & Johnson.

A Teva spokesperson didn’t immediately respond to a request for comment.