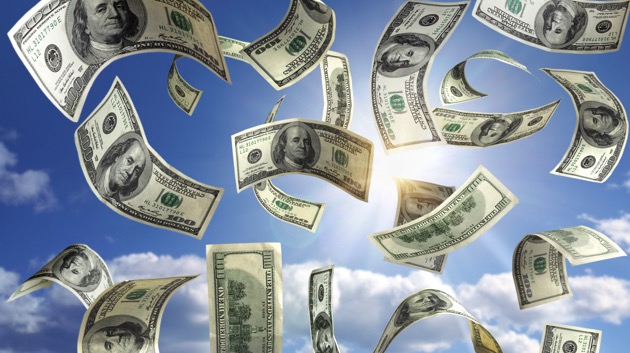 (NEW YORK) — Goose egg, zilch, nada.The number zero is commonly associated with having nothing, but now it has more than 2,000 lottery players in North Carolina seeing green.North Carolina’s Pick 4 game drew the combination of 0-0-0-0 Saturday afternoon, according to a news release from the lottery. There were 2,014 winning tickets that matched all four numbers for a total of $7.8 million in prizes, according to the lottery, which said the odds of matching all four numbers in a Pick 4 game were 1 in 10,000.Out of the winning tickets, 1,002 winners with $1 tickets will receive the game’s top $5,000 prize, and the 1,012 winners with 50-cent tickets will win $2,500.The total payout of $7.8 million in prizes broke the record for the largest amount won in a single Pick 4 drawing, topping the $7.5 million payout from Aug. 11, 2012, when the numbers 1-1-1-1 were the winning draw.Combinations like 0-0-0-0, often known as a “quads,” are among the more popular types of combinations played in the game, according to the lottery.The lottery said winning players have 180 days to claim their prizes at one of six regional offices, but should anticipate “extended waiting times” if they decide to claim their prize on Monday or Tuesday because of the high number of winners.Copyright © 2019, ABC Radio. All rights reserved.