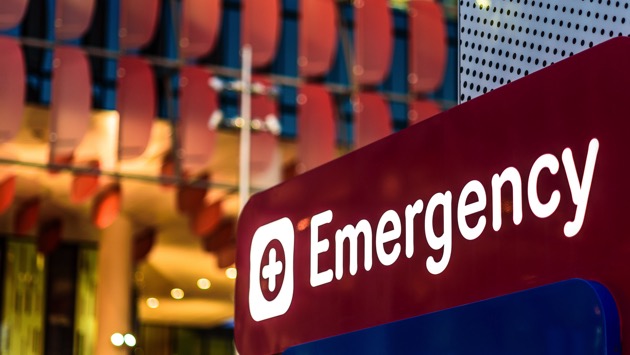 (FARMINGTON HILLS, Mich.) — A Michigan man survived with an incredible story to tell after being electrocuted and losing his pulse for 20 minutes before being revived by doctors.Michael Pruitt, 20, of Taylor, Mich., was electrocuted when a metal ladder he was carrying on a job site in Livonia, Mich., touched a live electrical wire, according to a post from Beaumont Hospital in Farmington Hills.”I remember being electrocuted while holding that ladder and shaking, and then nothing,” Pruitt said, according to the hospital. Pruitt told ABC affiliate WXYZ the experience was “like in the movies” when characters are electrocuted and shake after it happens.The homeowner at Pruitt’s job site called 911 and performed CPR before Livonia Fire and Rescue took over and defibrillated Pruitt, according to the hospital.Pruitt was taken to the hospital’s Level 2 Emergency & Trauma Center.”They brought in this perfect young man who had no vital signs,” Dr. Angel Chudler said, according to the hospital. “I said to my team, ‘We’re bringing him back.’ And then, I said to him, ‘You better come back!"”Doctors defibrillated Pruitt’s heart twice, increasing the shock on the second attempt, before Pruitt’s heart began beating again two minutes later.”We upped the joules a bit,” Chudler told WXYZ. “And you could just kind of feel and see on the monitor that his heartbeat was starting to come back.”Beaumont clinical nurse Yasmeen Bachir said Pruitt began “grabbing the railings and shaking the bed with huge strength” when he was revived, comparing him to The Hulk, according to the hospital.His mother, Jillian, who works as a rehabilitation tech at the hospital’s location in Taylor, said the fact that her son “made a sarcastic gesture” when asked about having superpowers signaled that he was back.Pruitt was burned from the inside of his big toes, which the hospital said was where the electricity left his body when he was electrocuted.”Michael’s resuscitation is miraculous. He did not lose any brain function,” Barbara Smith, the director of Trauma Services at the hospital, said, according to the hospital. “It’s a testament to the importance of immediate and continuous CPR to move oxygenated blood to the brain.”The hospital said that recovering from an electrical shock “depends on the nature and severity of the injuries,” and prognosis is often based on how much of the body surface area was burned.Copyright © 2019, ABC Radio. All rights reserved.