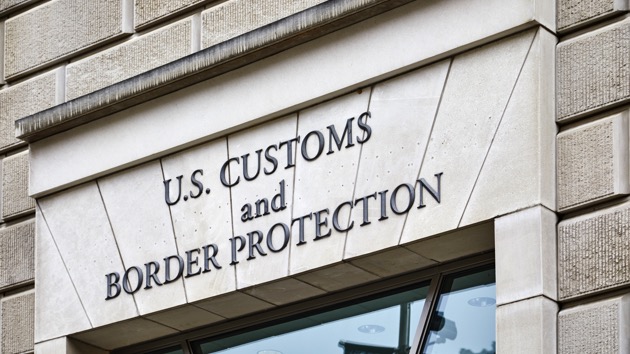 (WASHINGTON) — John Sanders, the acting head of U.S. Customs and Border Protection, has told employees he is resigning from the agency.His announcement was emailed in a message to CBP employees that was obtained by ABC News. It follows allegations by independent inspectors of deplorable conditions for migrant children being held at border stations.CBP officials, speaking on condition of anonymity, on Tuesday denied the allegations of mistreatment but said an internal investigation was underway. Another administration official said Sanders’ resignation was not tied to the recent allegations of neglect at a Border Patrol facility in Clint, Texas.Sanders has served as acting commissioner since April and is the chief operating officer of the agency. Sanders previously worked as the chief technology officer for the Transportation Security Administration, according to CBP, and has “more than 30 years of national security experience.”When he was tapped to serve as acting commissioner, McAleenan called Sanders “instrumental” to the agency.“In addition to bringing greater focus on the agency’s operational requirements, he has provided strategic direction and oversight to critical enterprise services and operations support functions across the agency. With John Sanders’ leadership, CBP will continue to excel, remain ever vigilant, and accomplish the mission with steadfast resolve,” McAleenan said at the time.In his message, Sanders said he told acting DHS Secretary Kevin McAleenan his resignation was effective July 5.”In that letter, I quoted a wise man who said to me, ‘each man will judge their success by their own metrics,"” he wrote to employees. “Although I will leave it to you to determine whether I was successful, I can unequivocally say that helping support the amazing men and women of CBP has been the most fulfilling and satisfying opportunity of my career.”He later added: “Don’t underestimate the power of momentum as you continue to tackle some of this country’s most difficult challenges.”CBP officials told reporters on Tuesday that they had not seen evidence of neglect or abuse at the Clint facility and had returned 100 kids to that center. Independent inspectors, allowed access to the center under a court-ordered agreement, said the children weren’t being properly cared for and denied basic sanitary conditions.Speaking on condition of anonymity, CBP officials told reporters that they were not short on items such as toothbrushes and that children were given snacks and juice on demand. They have refused news organizations access to the facilities, however, saying the officials there are too busy trying to process the children and find places for them at more long-term shelters.This is a developing story. Please check back for updates.Copyright © 2019, ABC Radio. All rights reserved.