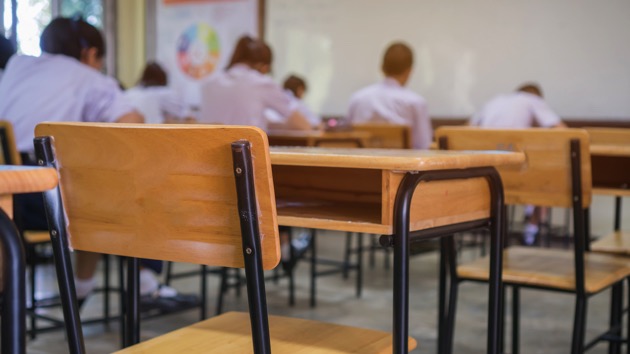 (INDIANAPOLIS) — A second Catholic high school in Indiana faced the decision of whether or not to fire a teacher in a same-sex marriage, and unlike the first school that publicly refused, this school decided to cut ties with the teacher for the church.The push by the Archdiocese of Indianapolis for local schools to fire teachers who were in same-sex relationships, arguing that homosexual relationships go against the teachings of the church, gained public attention last week.At the time, Brebeuf Jesuit Prepatory School announced they would be going against the archdiocese in their request to fire a teacher in a same-sex marriage. As a result, the archdiocese cut longstanding ties with the school.Cathedral High School announced Sunday they made the “agonizing decision” to go in the opposite direction and “separate” from a teacher, but not the church.The high school’s president and chairman of the board of directors explained their decision in an open letter posted to their website, detailing how they would have had clear repercussions for disobeying the church.The letter states that the school would not be able to identify as a Catholic school, celebrate the sacraments or have diocesan priests serve on their board of directors, and would lose its 501(c)3 designation, meaning it would no longer be considered a non-profit school.”Therefore, in order to remain a Catholic Holy Cross School, Cathedral must follow the direct guidance given to us by Archbishop Thompson and separate from the teacher,” the letter states, after having earlier referenced that they employed “a teacher in a public, same-sex marriage.”The letter goes on to note that since the other school is a Jesuit school — and has a somewhat looser affiliation and dependence upon the archdiocese — the situations are different.”Because Brebeuf is a specific ministry of the Jesuits, their canonical and nonprofit status is different than ours. Therefore, the two schools cannot function the same way if Cathedral were to receive a similar decree as Brebeuf,” the letter states.The Archdiocese of Indianapolis released a statement on Monday, saying that the decisions come as a response to the teachers not keeping with Catholic doctrine.”This issue is not about sexual orientation; rather, it is about our expectation that all personnel inside a Catholic school—who are ministers of the faith—abide by all Church teachings, including the nature of marriage. If and when a minister of the faith is publicly not doing so, the Church calls us to help the individual strive to live a life in accordance with Catholic teaching,” the archdiocese said in a statement.The school told its community, via their letter, that “we offer our prayers and love to this teacher, our students and faculty, our Archbishop, and all associated with Cathedral as we continue to educate our students in the Catholic Holy Cross tradition,” without naming the teacher.”We ask that dialogue about this difficult situation be respectful of the dignity of every person and that you continue to pray for our Cathedral family and the wider Indianapolis community,” the letter stated.Copyright © 2019, ABC Radio. All rights reserved.

Louisiana residents frustrated by FEMA aid process weeks after Hurricane Ida
These vaccine mandates are already in place to attend school in the US
Utah police release body camera image of Gabby Petito after apparent fight with boyfriend
After testifying on sexual abuse, Aly Raisman says she hopes ‘somebody listens to us’
Where is Dulce Maria Alavez? Age-progression photo released two years after her disappearance
Teachers struggle with anxiety, burnout as another pandemic school year begins