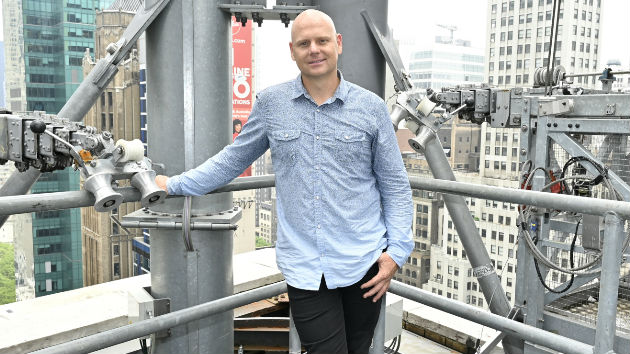 (NEW YORK) — Nik Wallenda, the so-called “King of the highwire,” successfully traversed a 1,300-foot-long cable suspended 25 stories above street level over New York’s legendary Times Square Sunday night, joined by his sister, Lijana, in her first performance since she fell 30 feet off a tightrope and was critically injured in 2017.

The walk was televised live Sunday night on ABC in a special entitled, Highwire Live in Times Square with Nik Wallenda.

Nik and Lijana met at the middle of the wire, which was roughly the width of a cork, at which point Lijana had to lower herself a sit on the wire so Nik could step over his sister, after which Lijana had to stand up again on the wire so that each could continue the walk. A particularly tense moment came as Nik had to temporarily unhook Lijana’s harness for the bypass.

The two talked to each other constantly along the way, while Nik offered Lijana encouragement, and she sang spiritual songs to help calm her nerves.

Nik, who finished before Lijana, raced over from One Times Square to greet her when she completed her walk at Two Times Square. The entire stunt took a little over 36 minutes to complete.