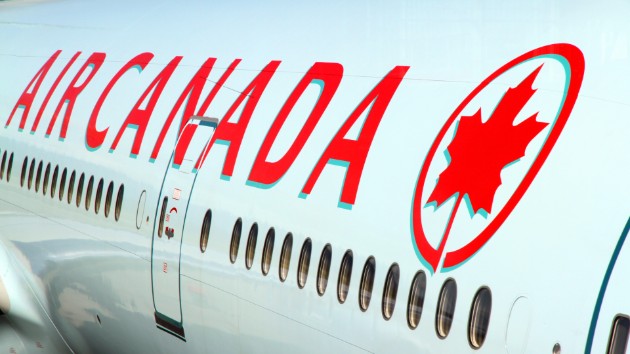 (NEW YORK) — Imagine what it would be like to fall asleep during your flight, and then wake up on a pitch-black, empty aircraft.Tiffani Adams doesn’t need to imagine. She was asleep less than halfway into her 90-minute Air Canada flight from Quebec City to Toronto’s Pearson International Airport on June 9. When she finally woke up, she was alone on the empty, dark aircraft, which had been parked and locked at the airport — leaving her to figure out how to escape after the flight crew somehow overlooked her as she snoozed in her seat.Adams described her ordeal in detail on Air Canada’s Facebook page. She recalls in the post, “I wake up around midnight, few hours after the flight landed, freezing cold still strapped in my seat in complete darkness.”Adams said she couldn’t call for help because her phone was out of power and, with the plane’s power off, the USB chargers at the seats didn’t work. Neither did the cockpit radio work without power, and while she got the door open, it was too far a drop to the tarmac to jump.Adams eventually located a flashlight and began shining it out of the plane, hoping to attract attention. That’s how she caught the eye of a baggage attendant, who drove a ladder truck to the plane to rescue her.Adams said she was immediately approached by an Air Canada representative on the ground who offered to get her a limo or hotel room, but she just wanted to go home. She said she’s still struggling to sleep following the incident.”I haven’t got much sleep since the reoccurring night terrors and waking up anxious and afraid I’m alone locked up someplace dark,” Adams said in the post.Air Canada has declined to comment, other than to say they’re reviewing the incident.Copyright © 2019, ABC Radio. All rights reserved.