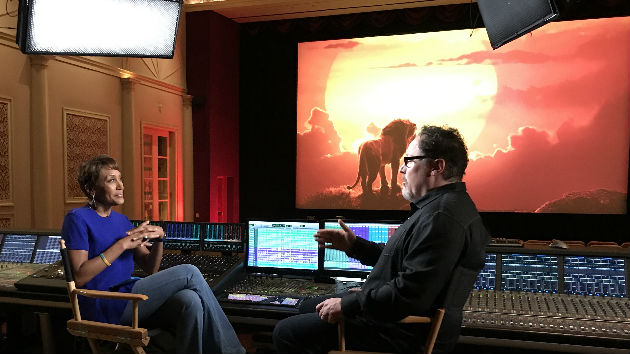 (LOS ANGELES) — Before the new film hits theaters, The Lion King is getting its own primetime special on ABC.

Robin Roberts is set to host The Lion King: Can You Feel the Love Tonight, exploring the franchise’s long-lasting appeal and giving a sneak peek into the upcoming film.

The special will include interviews with director Jon Favreau and members of the cast, including Donald Glover, Seth Rogen, Billy Eichner, Alfre Woodard and Chiwetel Ejiofor. Roberts will also take viewers on a behind-the-scenes visit to the studios where the new film is currently being readied for theaters, and preview an exclusive unreleased scene.

The voice actors from the original 1994 animated Lion King — including Whoopi Goldberg, Matthew Broderick and Jeremy Irons – will also participate in the special, along with Elton John, who co-wrote and performed songs in the original film and who contributes a new song to the new film.

“The legacy of The Lion King is absolutely incredible, and I’m excited to give fans a special look at this iconic film,” Roberts says in a statement.

“It’s a dazzling glimpse into what it takes to bring The Lion King to life in its many forms and how meaningful it has become for the cast members of both the original and new film, as well as Broadway and music legends.”