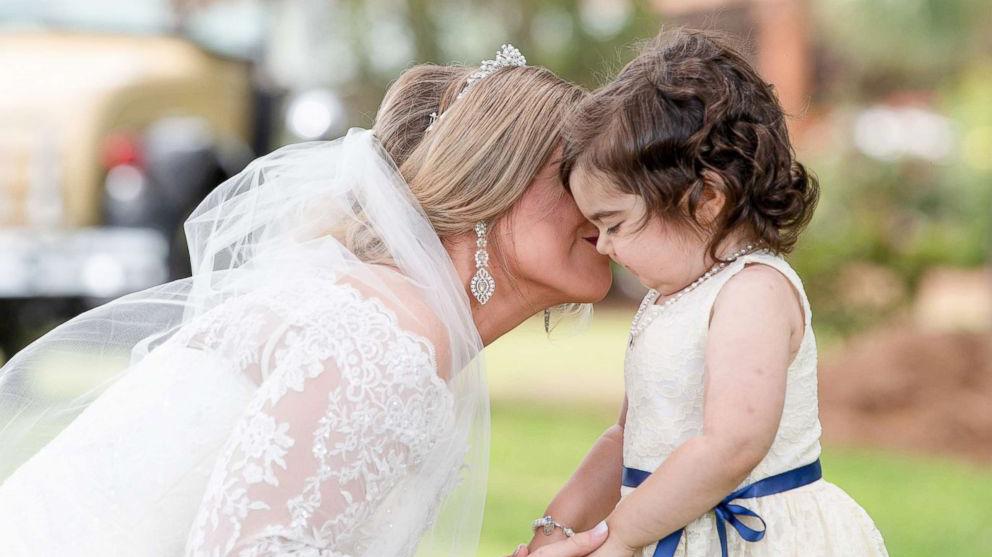 (GREENSBORO, N.C.) — In 2018, a toddler captured hearts around the globe after she walked down the aisle at the wedding of one of the people who saved her life.Now, 4-year-old Skye Savren-McCormick just met her second bone marrow donor — one year after serving as the flower girl for Hayden Hatfield Ryals, 26, who was Skye’s first donor.Thanks to Be The Match, Skye and her parents, Todd and Talia, met donor Ricky Currier, a 25-year-old resident application engineer from Greensboro, North Carolina.”It was amazing,” mom Talia Savren-McCormick of Ventura, California, told “Good Morning America” of the meeting. “Because there are two people who saved her life, it had come to a complete circle. It felt very fulfilling.”Skye was diagnosed with juvenile myelomonocytic leukemia in March 2016, just before her first birthday. That same year, she had her first bone marrow transplant, from Ryals, and later, a vital infusion of cells. Skye’s final transplant was in April 2017 and from Currier.On June 28, 2018, Talia Savren-McCormick told “GMA” that her daughter would have not made it to her second bone marrow transplant if it weren’t for Ryals and her selfless gift.”She was that sick,” Savren-McCormick said at the time. “I feel like Hayden [Ryals] is such a huge success in why Skye was able to beat leukemia.”Months after her transplant, Savren-McCormick and her husband, Todd, received a letter from Ryals, who reached out through Be the Match, the organization to which Ryals donated her bone marrow.Ryals and the Savren-McCormicks exchanged texts and Facebook messages until Ryals sent Skye a gift for her third birthday. Inside the card was an invitation asking the toddler to be the flower girl at her June 9, 2018, wedding.After Skye’s doctors gave her a clear bill of health, she and her parents made the trip to Alabama. At the wedding rehearsal, Skye and Ryals embraced for the very first time.Today, Skye is two years cancer-free, and it’s all thanks to Ryals and Currier’s bone marrow donations.In September 2018, Currier’s identity was released to the Savren-McCormick family, who reached out in hopes to thank him face-to-face.Currier and his wife, Chelsea, met Skye and her parents in Santa Monica last week.Currier said he donated bone marrow in 2017 at a drive in support of a family friend. However, he soon learned that he’d be helping out a 1-year-old girl with leukemia instead.”I didn’t do anything special,” Currier told “GMA.” “I helped out like anyone should do. I don’t feel like I deserve a ‘thank you."””From her being in the hospital to her progression now, it’s amazing to see,” he added.Mom Talia Savren-McCormick said her family is forever grateful to both Ryals and Currier.”Her heart beats because of you both,” she said.