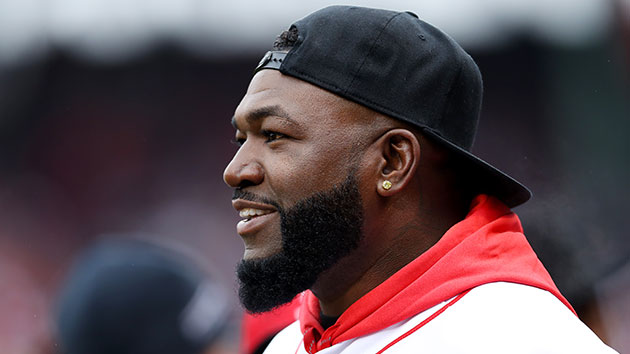 (BOSTON) — Former Red Sox great David Ortiz was released from the intensive care unit on Saturday, just one day shy of two weeks since he was shot in a blundered murder attempt in the Dominican Republic.The Red Sox issued a statement Saturday afternoon from Ortiz’s wife, Tiffany Ortiz, saying the future Hall of Famer’s condition continues to improve.”David was moved out of the intensive care unit at Massachusetts General Hospital,” Tiffany Ortiz said. “He remains in good condition and continues to recover under the care of Drs. David King and Larry Ronan.”He is expected to make a full recovery.Ortiz was shot at Dial Bar and Lounge, a bar in the country’s capital of Santo Domingo, in a case of mistaken identity. The island’s attorney general’s office said Ortiz’s friend, Sixto David Fernandez, was the actual target in the shooting, but the gunman told police that he got confused. Fernandez and Ortiz were sitting at the same table and dressed similarly at the time of the shooting, according to police.The bullet entered Ortiz’s back and come out through his midsection, authorities said. The shooting did extensive damage to his liver and small intestines, with doctors having to remove part of the latter.Rolfi Ferreira-Cruz, 25, the New Jersey man accused of shooting Ortiz in the Dominican Republic, was charged Wednesday with conspiring to distribute heroin in his home state. He allegedly ran a heroin mill in Paterson, New Jersey, that was busted by the Drug Enforcement Administration in January.Ferreira-Cruz remains in custody in the Dominican Republic.Ten people have been charged in connection to the shooting.Victor Hugo Gomez, named by authorities in the Dominican Republic as the mastermind of the shooting, remains at large. He allegedly was angry at the intended target, Fernandez, for naming him in a 2011 drug bust that led to his imprisonment.Two others involved in the shooting remain at large as well: Alberto Miguel Rodriguez Mota, who took the picture of Ortiz at the bar and sent it to the hit man, and Luis Alfredo Rivas-Clase, nicknamed “The Surgeon.”Ortiz played with the Red Sox from 2003 to 2016 and won three World Series (2004, 2007, 2013). He also made 10 All-Star teams with the Sox.He finished his 20-year career with 541 home runs, 1,768 runs batted in, 632 doubles and a .931 on-base plus slugging percentage. Copyright © 2019, ABC Radio. All rights reserved.