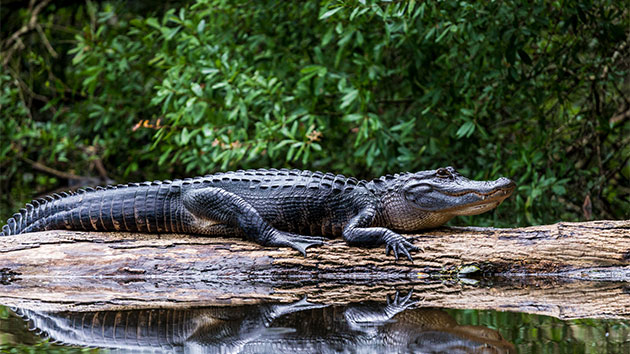 (KIAWAH ISLAND, S.C) — A man whose body was found in a pond behind his South Carolina home may have been attacked by an alligator, according to authorities.

Deputies from the Charleston County Sheriff’s Office responded to the man’s home on Kiawah Island, a barrier island about 30 miles south of Charleston, Saturday afternoon after he was reported missing, according to a press release.

The man had not been seen since 10 a.m., but his car was still on the property, authorities said.

Police dogs led investigators to the edge of a large pond behind the man’s home, prompting deputies to utilize a helicopter to continue the search.

From the air, the man’s body was spotted in the pond, out of sight form his home. When the man’s body was retrieved, it had bite marks and wounds “consistent in appearance with an alligator encounter,” according to the press release.

Authorities did not release the identity of the man.

The area is known to have alligators, Robert McCullough, a spokesman for the South Carolina Department of Natural Resources, told the Post and Courier.

It is unclear whether the bites occurred before or after the man died, according to the department.

The Charleston County Coroner will perform an autopsy to determine the cause of death.