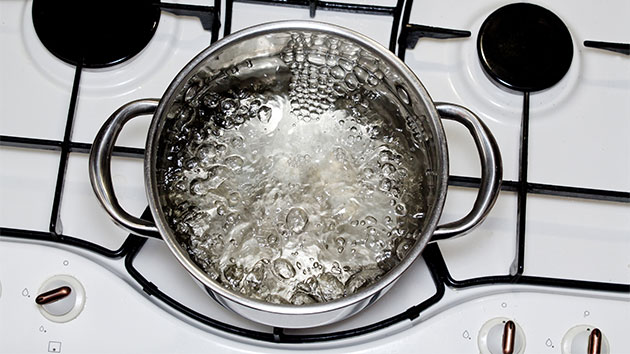 (KINGFISHER, Okla.) — A northern Oklahoma town was warned against consuming public water without boiling it first after a city well tested positive for E. coli. bacteria.

Residents in Kingfisher, about 50 miles northwest of Oklahoma City, were told to boil their water to kill potential E. coli bacteria or other possible “disease causing agents” that could be present, officials said over the weekend.

The city announced that residents should use boiled or bottled water for drinking, making ice, preparing food, washing dishes and brushing teeth, according to a statement. Those taking care of infants, the elderly or people with a compromised immune systems were urged to be extra cautious.

Tests indicated that Kingfisher’s water supply may have been contaminated with human or animal waste, according to officials, who added that one of the city’s wells tested positive for E. coli on Saturday afternoon and authorities were working to flush the system to halt any further contamination.

“The city was notified by the Oklahoma Department of Environmental Quality this afternoon,” the statement said. “Well 12 has been shut down, and chlorination at the water treatment plant has been increased. Water crews are flushing lines to expedite the flow of potential contamination from the water system.”

Officials said they would provide water from an alternative source until the issue is resolved. Early analysis shows that heavy rains and flooding may have contributed to the contamination, according to the statement.

“Initial assessment indicates that the heavy rains, flooding and excessive run-off may have led to the positive E. coli in Well 12,” officials said. “The City is working with ODEQ to resolve the issue and ensure that our water system is safe for you to consume.”