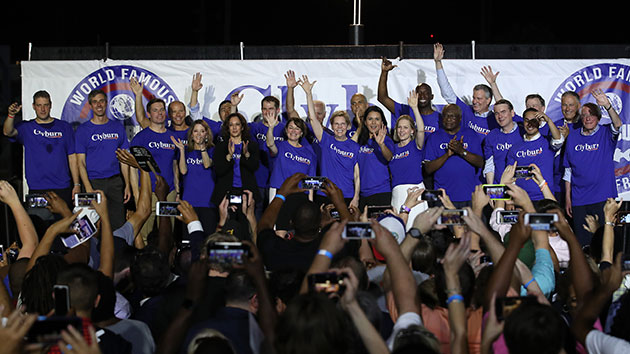 (COLUMBIA, S.C.) — Planned Parenthood’s forum on reproductive rights at the University of South Carolina on Saturday will offer the crowded Democratic presidential field an opportunity to directly address a topic that has emerged as one of the most contentious in the election cycle.So far this cycle, the parade of 2020 Democrats, primarily led by the female candidates, has sought to reclaim the reins of this politically sensitive issue with proactive proposals following a spate of restrictive anti-abortion bills sweeping across conservative states. The “We Decide” forum, hosted by Planned Parenthood’s political arm, will include 20 of the 23 Democratic presidential candidates and purports to offer the presidential hopefuls an opportunity to wade into the debate over such issues as contraception, using federal funding for abortions and several states’ bans on abortions after a fetal heartbeat can be detected.A recent Quinnipiac poll found that 60% of voters said abortion should be legal in all or most cases, with 28% saying abortion should be legal in all cases, matching the highest level of support since the question was first asked in 2004.Only 13% of voters believe abortion should be illegal in the case of rape or incest.”We have the American people on our side,” Dr. Leana Wen, president of Planned Parenthood, told ABC News last month. “Seventy-three percent of Americans support Roe vs. Wade as the law of the land, and none of us want our children to live in a world where they have fewer rights than we do. So if he wants to make this a 2020 issue, we will win.”Students for Life of America and USC’s Advocates for Life plan to protest the event.Copyright © 2019, ABC Radio. All rights reserved.

A family promise led her to Mount Cristo Rey, the site of a pilgrimage for those seeking a miracle
SpaceX’s 1st all-civilian crew returns to Earth after successful mission
Texas abortion ban puts spotlight on medication abortions
SpaceX’s 1st all-civilian crew set to splashdown Saturday night
Latinos in sports are drawing on their heritage to inspire others
Drake Bell posts to Instagram following guilty plea on child endangerment charges