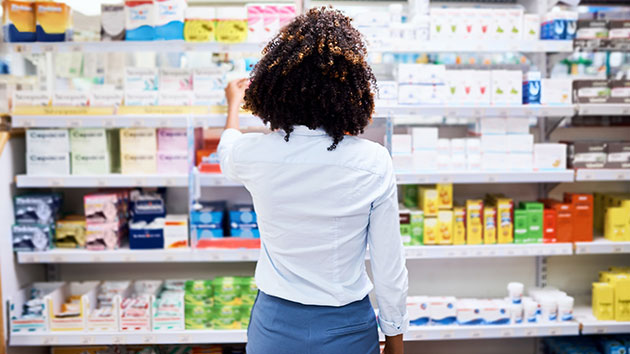 (NEW YORK) — We’ve long seen advertisements for drugs like Cialis or Viagra, which help to improve sexual performance in men with erectile dysfunction. But on Friday, the U.S. Food and Drug Administration approved a new medication that will boost libido in women with low sexual desire, so that they too can have an enjoyable sex life.“There are women who, for no known reason, have reduced sexual desire that causes marked distress, and who can benefit from safe and effective pharmacologic treatment,” said Dr. Hylton V. Joffe, director of the FDA’s Center for Drug Evaluation and Research’s Division of Bone, Reproductive and Urologic Products, in a press release.The prescription drug, called Vyleesi, will be available to pre-menopausal women with hypoactive sexual desire disorder (HSDD), a condition characterized by chronically low or non-existent sexual desire, which often causes distress. Although HSDD isn’t often spoken about, as many as 10% of women may be affected by it.“Clinicians don’t have a process for diagnosing and addressing it,” Dr. Sharon Parish, professor of medicine in clinical psychiatry at Weill Cornell Medical College, told ABC News. “It’s under-recognized.”HSDD affects women of all ages, and there’s no clear understanding of why it happens, either. Lindsay, a woman in her 30s who asked that ABC News only use her first name, said that she was diagnosed with the condition at 22 years old.“I had a very healthy sex drive through puberty that bottomed out when I tapered off of an anti-depressant,” she said. “I hopscotched between multiple OB-GYNs, female health specialists, three talk therapists and an acupuncturist.”Lindsay, who participated in the trial for Vyleesi, said that she’s now on a “couple of medications that have helped me manage so that I can feel comfortable being intimate with my husband, even if it’s not something where I have spontaneous desire to do so.”Vyleesi is not the first medication for improving women’s sexual desires. Addyi, a drug approved by the FDA in 2015, also improves women’s sexual desires by working kind of like an anti-depressant. However, earlier this year, the FDA issued new safety orders mandating that the drug’s labeling include a boxed warning — the agency’s strongest warning — after reports of concerning side effects, including severely low blood pressure and fainting, especially when used with alcohol.Vyleesi offers an alternative option to Addyi. The injection drug meant to be used 25 to 40 minutes before sex — and lasting up to eight hours — showed statistically significant increases in sexual desire in women who used it during phase 3 clinical trials. The drug stimulates certain receptors in the brain that are believed to be integral to sexual functioning. There were also few side effects: nausea, headache and a mild increase in blood pressure (people with uncontrolled blood pressure should not be taking it).Although an injection drug might turn some women off of using it, Dr. Carl Spana, president and CEO of Palatin Pharmaceuticals, which makes Vyleesi, said it shouldn’t be a concern because the needle is tiny — it comes as an injectable pen.“In our trials, nobody stopped using Vyleesi because it was injectable,” Spana said.Sue Goldstein, a clinical sexual educator and author of the book When Sex Isn’t Good, told ABC News about her HSDD and how she had been treated with Addyi successfully. She was also involved in coordinating clinical trials for the drug. She welcomed the new option for women, Vyleesi.“My sexual life has returned to what it was when I was 25,” she said. “But to have another option is so wonderful. We meet a lot of women who have ‘duty sex’ to stay in a relationship or who are avoiding sex because they have no interest.”

There are no FDA-approved medications for menopausal women with HSDD. Palatin Pharmaceuticals told ABC News that while there is no pricing information yet, Vyleesi is expected to be available to the public in September.Vanessa Cutler, M.D., is a resident physician in psychiatry at Rush University Medical Center and a member of the ABC News Medical Unit.

Mom dying of ovarian cancer shares what she wants women to know about the deadly disease
Ray J responds to rumors of a second sex tape with Kim Kardashian: “This ain’t cool”
Biden agrees with France’s Macron that sub snub could have been handled better
50 Cent and Snoop Dogg slam Emmy Awards for lack of Black winners
Chelsea Handler has a new boyfriend
‘Sex and the City﻿’ star Willie Garson passes away at age 57