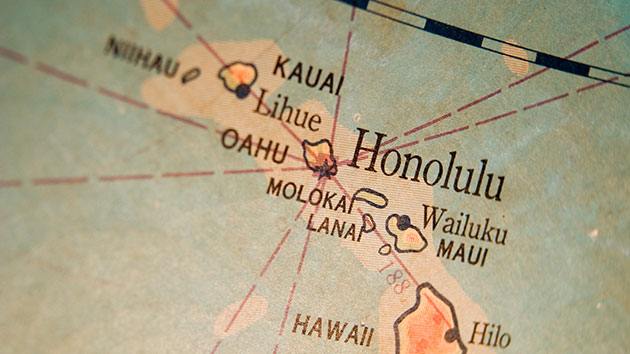 (OAHU, Hawaii) — Eleven people were killed when a sky diving plane crashed on the island of Oahu Friday, the deadliest civilian plane accident in the U.S. since 2015.

The twin-engine King Air plane crashed Friday at about 6:30 p.m. local time and killed everyone on board, according to the Hawaii Department of Transportation.

“With extreme sadness HDOT reports there were 9 souls on board the King Air twin engine plane that went down near Dillingham Airfield with no apparent survivors,” the DOT tweeted.

#HDH update: With extreme sadness HDOT reports there were 9 souls on board the King Air twin engine plane that went down near Dillingham Airfield with no apparent survivors.

Dillingham Airfield is located on the northwest coast of Oahu, the opposite side from the state’s capital of Honolulu. The airfield is used for both military and civilian aircraft.

“I am closely following the tragic developments out of Dillingham Airfield this evening,” Honolulu Mayor Kirk Caldwell said in a tweet. “At this time our thoughts and prayers are with the family and friends of the victims.”

“There was a fire close to the fence line, we extinguished the fire, so luckily because it was accessible we could get to the fire right away,” Neves said. “We’re collecting information; it was a sky-dive aircraft.”

“We have witnesses that say it was inbound so we’re not sure right now [whether it left the airfield], we’re gathering information,” he added.

There were family members of those on the plane who were waiting at the airfield, Neves said.

“It is very difficult,” he said. “In my 40 years as a firefighter here in Hawaii this is the most tragic aircraft incident that we’ve had. We’ve had some helicopters with the military, but this is a civilian plane that went down with that many people on board.”

One man who was hiking in the area of the airfield said he saw fire trucks, police and helicopters rush to the scene. When he got closer to the scene he spoke to a couple who saw the plane take off.

“I talked to a couple on my way from the other side [of the airport]; they said they saw the plane, it looks like it was taking off and it looked a little wobbly and that’s the last they could see of it,” eyewitness Jonathan Keating said.

On Saturday afternoon, the Federal Aviation Administration said there were 11 people on board, after it was initially believed to be 9 occupants. The coroner’s officer in Hawaii later told the agency that no one survived the crash.

Sixteen people were also killed in a hot air balloon accident in Texas in July 2016.

Line 3 pipeline resistance continues as activists ask Biden admin to shutdown project
Lil Jon reveals what surprised him most about ﻿’Bachelor in Paradise’
Those suffering from sickle cell disease may finally be getting some relief as experts work on cure
Second dose of J&J COVID-19 vaccine results in stronger protection, company says
Republicans dig in on debt-limit standoff despite Democratic effort to mount pressure
Two victims identified in fatal motorcycle crash on Route 28