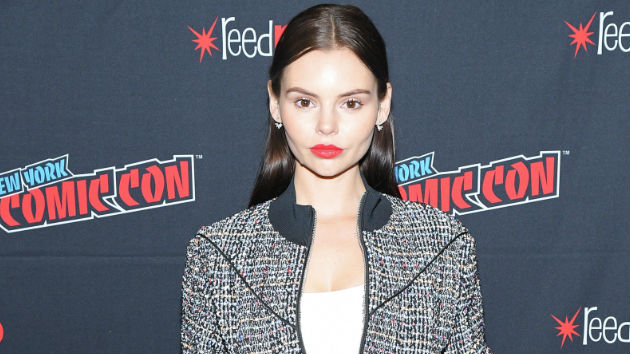 (NEW YORK) — Eline Powell, the star of Freeform’s mermaid thriller Siren, will be making a splash at the 37th annual Coney Island Mermaid Parade in New York City on Saturday.

This year marks the Belgian actress’ first time at the parade and she’ll be riding a special Siren-themed float. She’s still deciding what she’ll be wearing to the celebration, which is known for its wild costumes and artistic expression.

“This is the best part about any community parade kind of thing, it’s the creativity that comes out,” Powell tells ABC Radio. “I’m obviously so keen to see what people dress up like. But, you know, to draw that to a bigger line, it’s also to see what their interpretation of mermaid is.”

Maybe she’ll even hit the beach at Coney Island after the parade is over. Powell says that playing the fierce mermaid Ryn on Siren hasn’t made her sick of the water — it’s only made her more inclined to take a beach vacation.

“At this point in time, I’m still like, ‘Does it have a beach? Does it have a sea or kind of place I can swim in?’ Otherwise I’m not too interested at the moment,” she laughs. “So it’s still a really big part of my life.”

Siren, currently in its second season and recently renewed for a third, airs Thursdays at 8 p.m. ET on Freeform.