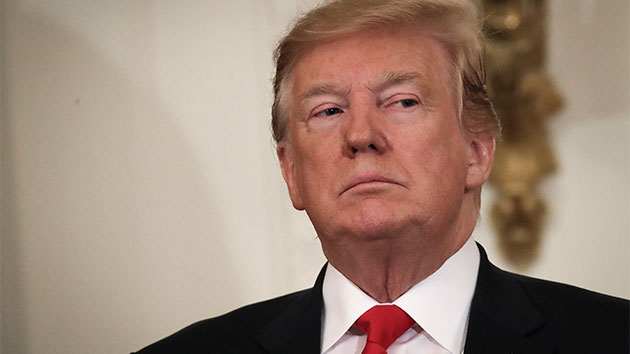 (WASHINGTON) — President Donald Trump ordered a military strike on Iran late Thursday, but reversed his decision after a plan was already underway, according to sources familiar with the matter.

The sources tell ABC News the president’s reason for changing course was unclear, but the reversal was against the advice of Secretary of State Mike Pompeo and National Security Adviser John Bolton.

A senior level administration source briefed on the plan says it would have escalated the situation quickly had it been carried out. Officials feared the attack could have caused hundreds of civilian casualties.

Iran shot down a U.S. drone early Thursday, claiming it had flown into the country’s airspace. The U.S. government claims it was operating in international airspace.

Trump called Iran’s decision to shoot down the drone “loose and stupid” when speaking to the press following a discussion with Canadian Prime Minister Justin Trudeau. The comments came following a morning meeting with his top national security advisers over the downing of what the U.S. military said was an unarmed and unmanned U.S. RQ-4A Global Hawk drone flying over the Gulf of Oman near the Strait of Hormuz.

Shortly before, Trump had tweeted that “Iran made a very big mistake” after a top Iranian commander warned Iran was “ready for war.”

“The president may not intend to go to war here, but we’re worried that he and the administration may bumble into a war,” Schumer said.

Pelosi called it a “dangerous situation” and cautioned the president that the U.S. “cannot be reckless in what we do.”

Gen. Hossein Salami, commander of Iran’s Islamic Revolutionary Guard Corps, offered a strongly worded threat to the U.S. after the drone was downed.

“Shooting down the American spy drone had a clear, decisive, firm and accurate message,” he said, translated from Farsi. “The message is that the guardians of the borders of Islamic Iran will decisively respond to the violation of any stranger to this land. The only solution for the enemies is to respect the territorial integrity and national interests of Iran.”