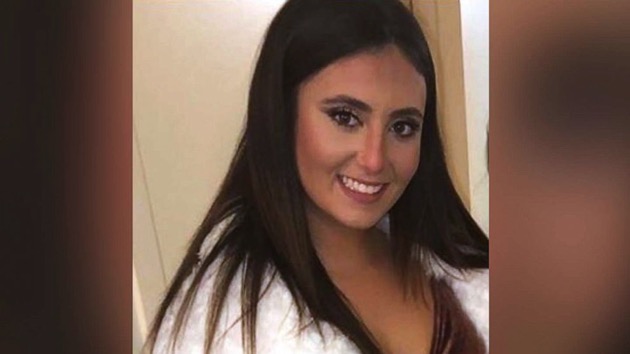 (ROBBINSVILLE, N.J.) — New Jersey’s governor on Thursday signed a law to improve rideshare safety in honor of Robbinsville, N.J., native Samantha “Sami” Josephson, a college student who was kidnapped and killed after she got into a car she mistakenly thought was an Uber.Josephson, a 21-year-old senior at the University of South Carolina, was alone when she requested an Uber ride early on March 29, Columbia police said. After she got into a stranger’s car — mistaking it for her Uber — the child safely locks were activated, preventing her from escaping, police said.She died from multiple sharp force injuries, officials said, and her body was recovered in a wooded area. A suspect was arrested.New Jersey Gov. Phil Murphy signed the law in Josephson’s hometown. It will be known as “Sami’s Law.”

Every day, thousands of passengers use rideshare services. It is our responsibility to do everything we can to keep them safe.Today, I joined the Josephson family in Robbinsville to sign Sami's Law, honoring Samantha's life by enhancing protections for rideshare passengers. pic.twitter.com/tX0sv9C8R6

The legislation requires more identification on rideshare cars, including two identifying markers on the front windshield and back window.The law says the companies must issue “two credential placards” with the driver’s name, photo and license plate number to go on the driver and passenger side back windows.Rideshare companies also must give its drivers two barcodes “or other machine-readable code that passengers can scan to confirm the identity,” according to the governor’s statement.Murphy said, “I am proud to stand beside the Josephson family and legislative sponsors to enhance protections for New Jersey’s rideshare passengers, and ensure that Samantha Josephson’s tragic death is not in vain.”Similar federal-level legislation also called “Sami’s Law” has been introduced by New Jersey’s senators Robert Menendez and Cory Booker and New Jersey Rep. Chris Smith, according to Murphy’s statement.Days after Josephson’s slaying, South Carolina legislators introduced the “Samantha L. Josephson Ridesharing Safety Act” to require ride-sharing vehicles to have an illuminated, company-provided sign with the company’s trademark or logo that can be seen in the dark. The bill was later signed by the South Carolina governor.”We’ve heard from strangers all over the country and so many people have told us it could have been our daughter, our son, ourselves,” Josephson’s mother, Marci Josephson, told ABC News’ “Good Morning America” in April.”I think it’s just become such a natural or new phenomenon using Uber. We trust people and you can’t,” she said. “You have to change the way that the laws are to make it safer because that’s our nature. We automatically assume that we’re safe.”