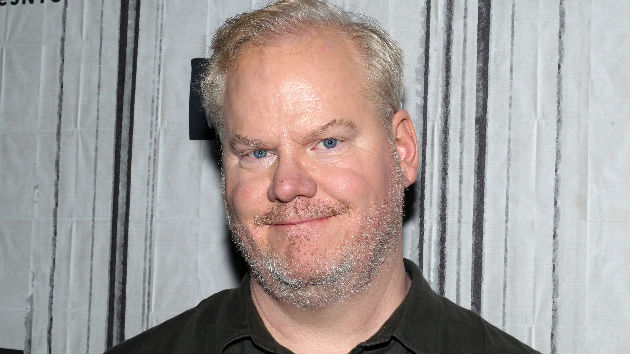 (LOS ANGELES) — If you’re at all familiar with comic Jim Gaffigan’s stand-up material, you know he’s got a lot of jokes about being the father of five kids.  But he’s putting a new spin on his reputation as a devoted family man with his current film role as a polygamist in the comedy Being Frank.

In fact, Gaffigan tells ABC Radio that playing a polygamist is what intrigued him.

“Being a guy who’s married to two women and obviously they don’t know each other is a really selfish, horrible thing to do,” he says. “And so I wanted the challenge of making that guy human and possibly likable.”

In Being Frank, Gaffigan’s son by one wife accidentally discovers his dad’s other family, and uses the knowledge to blackmail him.  Gaffigan says playing the role was also an eye-opener for him, in terms of discovering how common polygamy apparently is.

“You know, at every screening, someone raises their hand and they’re like, ‘my next-door neighbor at the funeral of the dad, they discovered they had another family’,” Gaffigan reveals.  “And by the way…I met someone who in their town they had someone who had seven families.”

Gaffigan, who’s been married to actress, writer and producer Jeannie Gaffigan for 16 years, jokes to ABC Radio that he has “24 families,” before confessing, “I can’t even handle one family. I don’t know how someone handles two.”

Being Frank is now playing in limited release.