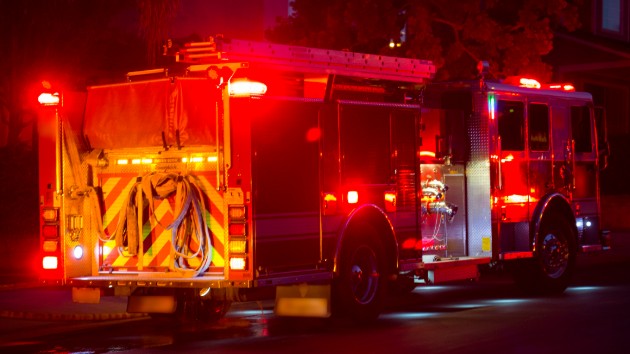 (PHILADELPHIA) — Firefighters in Philadelphia were still battling a massive blaze at a Philadelphia Energy Solution refinery Friday morning that was ignited by a series of explosions shortly after 3 a.m. No injuries or fatalities have been reported. Authorities in Philadelphia earlier had urged residents near the refinery, in south Philadelphia, to shelter in place until notified otherwise.

Update: Philadelphia Fire has narrowed the shelter-in-place request to 26th Street to the east, Schuylkill Expressway to the north, I-95 to the south, and 22nd Street to the east due to smoke and apparatus in the area. https://t.co/sku4tfdEuZ

A series of explosions rocked the PES refinery around 3:20 a.m., ABC Philadelphia station WPVI-TV reported.Refinery employees were working at the time of the explosion but were far enough away from the initial explosion to escape unharmed.