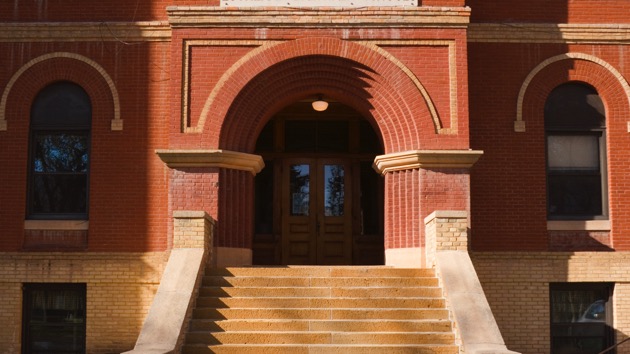 (WASHINGTON) — The Environmental Protection Agency on Friday finalized standards that would allow less lead in paint dust in older buildings, the first concrete step in the administration’s action plan to protect kids from exposure to lead.The Centers for Disease Control has said that no level of lead exposure is considered safe for children and that about half a million children in the U.S. have levels of lead in their blood high enough to qualify as lead poisoning. Lead dust from chipped paint is the number one source of children’s exposure to lead.The Trump administration, specifically EPA and HUD, have said that they aim to drastically reduce lead exposure through dust, water, and food. But the Obama administration also set goals to eliminate lead exposure by 2020 and experts say they have been warning about the risk of any lead exposure to children for decades and the government has been too slow to update the standards.The new rule requires public housing and facilities built before 1978 that are occupied by children, like schools and daycare facilities to test for lower levels of lead on window sills, floors, and other surfaces and take steps to reduce levels if they’re above the limit. The new rule will allow a fourth of the amount of dust considered acceptable on floors under the previous rule and a tenth of the amount previously allowed on windowsills.EPA administrator Andrew Wheeler said he didn’t know why it’s taken the agency more than 20 years to update the lead dust rule but that, after a lawsuit was filed early in the Trump administration, they worked quickly to implement it to meet those deadlines.”These numbers are then used by HUD and by states and other regulatory bodies and it will it should improve the health of children. It will allow people to know what is the cleanup standard for lead paint and dust and it should provide a lot more guidance to homeowners, to parents and particularly to parents of children in daycare, schools places where their children will be during the day,” he told ABC News.The rule will have a direct impact on 3 million public housing units around the country. Housing and Urban Development Secretary Ben Carson said the rule represents an opportunity to do something about a problem he saw personally when working as a pediatric neurosurgeon in Baltimore.”Many times I would be operating all night long trying to give them a second chance at life but a few days later a horrible dilemma. I just send them back into that environment,” he said.The government has struggled to enforce regulations on lead in buildings like schools, for example, which is mostly left to state oversight. A government watchdog reported last year that less than half of schools in the U.S. test for lead in drinking water and that money from federal lead programs has been shifted to other issues.The lead dust rule will go into effect in 180 days. Wheeler said EPA is on track to finalize new rules for lead and copper pipes later this summer.Copyright © 2019, ABC Radio. All rights reserved.