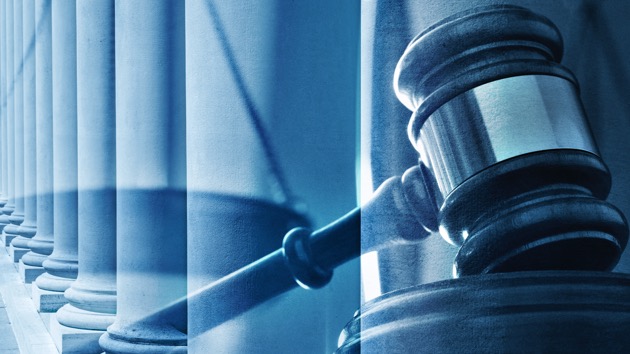 (WASHINGTON) — In a remarkable case, the Supreme Court on Friday threw out the murder conviction of a Mississippi man on death row who had alleged deep-seated racial bias in jury selection cost him a fair trial.Curtis Flowers has already been tried an extraordinary six times, after prosecutors’ first five attempts to convict him failed due to prosecutorial misconduct, allegations of racism and deadlocked juries. For the past 22 years, Flowers has been adamant about his innocence.The court’s decision now sets the stage for an unprecedented potential seventh trial.Writing for the court’s 7-2 majority, Justice Brett Kavanaugh said “all of the relevant and facts circumstances taken together establish that the trial court committed clear error” in ruling that the elimination of a black prospective juror in the sixth trial was “not motivated in substantial part by discriminatory intent.”Kavanaugh said the unusual history of the case; the prosecutor’s documented effort to keep black people off the juries; and, “dramatically disparate questioning of black and white prospective jurors” all pointed to discrimination.”The Constitution forbids striking even a single prospective juror for a discriminatory purpose,” Kavanaugh said.”The state’s relentless, determined effort to rid the jury of black individuals strongly suggests that the state wanted to try Flowers before a jury with as few black jurors as possible, and ideally before an all-white jury. The trial judge was aware of the history. But the judge did not sufficiently account for the history,” he said.Justices Clarence Thomas and Neil Gorsuch dissented.For decades, prosecutors and defendants have been able to shape the makeup of a jury in criminal cases by employing so-called “peremptory challenges” during the selection process.The tool allows each side to eliminate a number of prospective jurors from the pool for any reason or no reason at all. Rationales, commonly cited, can include a juror’s family upbringing, his or her demeanor or even posture in the courtroom.Advocates say the practice ensures balance and fairness by allowing input from both sides. Critics say it poses a threat to the constitutional guarantee of an impartial jury if not closely scrutinized.While lawyers have broad discretion, the Supreme Court has banned peremptory challenges used solely on the basis of race, ethnicity or sex. If concerns are raised by one side, the court has said, opposing lawyers must provide a legitimate non-discriminatory explanation for striking a juror.Kavanaugh made clear the case breaks “no new legal ground” but rather enforces existing precedent.Flowers, who is African-American, was first convicted in 1997 for the 1996 execution-style murders of four people at a furniture store where he used to work. He had no criminal record at the time of his arrest. Prosecutors never found a murder weapon or any physical evidence tying him to the scene. There were no witnesses.In 2010, during his most recent trial, a jury of 11 white jurors and one black juror convicted him and sentenced him to death.”Today’s decision distorts the record of this case, eviscerates our standard of review, and vacates four murder convictions because the state struck a juror who would have been stricken by any competent attorney,” Justice Thomas wrote in opposition to the ruling.Justice Gorsuch noted that the state of Mississippi is “perfectly free to convict Curtis Flowers again.” “Although the court’s opinion might boost its self-esteem, it also needlessly prolongs the suffering of four victims’ families,” he wrote.Copyright © 2019, ABC Radio. All rights reserved.

Teachers speak out after voting to teach from home, refusing district’s plan for return
Elliot Page and Emma Portner announce divorce after three years of marriage
John David Washington talks following in the footsteps of his Oscar-winning dad, Denzel Washington
Jane Fonda to receive Cecil B. DeMille Award at this year’s Golden Globes
Teen speaks out after alerting FBI about father’s alleged role in US Capitol siege
One dead after car strikes multiple pedestrians in Portland, Oregon