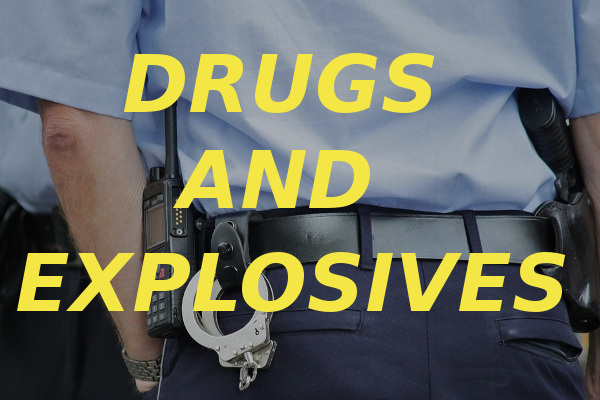 Lawrence Township, PA – A Clearfield County man was caught with homemade explosive devices and drugs during a traffic stop on Tuesday.

39-year-old Gene Robbins of Woodland was pulled over on Fullerton Street in Lawrence Township.

Officers say he had two homemade explosive devices, 90 stamp bags of heroin, an unspecified large quantity of meth, a loaded syringe, and assorted pills in his vehicle.

Robbins also had his juvenile son with him in the vehicle.

He was taken to the Clearfield County Jail on a variety of charges, including drug possession and child endangerment.