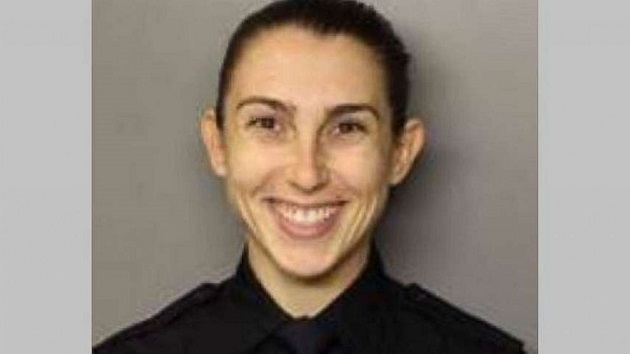 (SACRAMENTO, Calif.) — A Sacramento Police Department officer shot Wednesday night died after she was rushed to the hospital.Tara Christa O’Sullivan, 26, had been a member of Sacramento State’s “law enforcement scholars program” and graduated from the police academy in December. She was hired in January. “I’m sad to share with you tonight that we lost one of own,” acting Police Chief Dave Poletta said at a press conference early Thursday morning. “She gave her young life protecting our community.”O’Sullivan, Poletta added, “had one of these bubbly personalities and always willing to help.”The call to which O’Sullivan was responding was in the 200 block of Redwood Avenue and was believed to involve a dispute between a man and a woman. It’s believed O’Sullivan was shot with a rifle.She was partnered with a training officer and accompanied by others from the department, Poletta said.The suspected shooter surrendered and was arrested around 2 a.m. local time, ABC Sacramento affiliate KXTV reported.Tactical teams had surrounded the home where O’Sullivan was shot and were negotiating immediately before that, Poletta said at the press conference, adding, “This will take as long as it takes. They will not rush this.”It had been 20 years since the department lost an officer in the line of duty. She’s the 23rd officer killed this year from gunfire.In January, 22-year-old Natalie Corona of the Davis Police Department was killed in an “ambush”-style attack responding to an accident. After sustaining multiple gunshot wounds at the scene, she died at a trauma center in Sacramento.”She was just an absolute star in the department and someone that pretty much every department member looked to as a close friend, a sister,” Davis Police Chief Darren Pytel said at the time.Sacramento City Council Rep. Angelique Ashby said there were seven women in O’Sullivan’s graduating class and that more women may get shot as more risk their lives by joining the force.O’Sullivan’s death “had nothing to do with her being a woman,” Ashby said. “It had to do with her being a hero.”