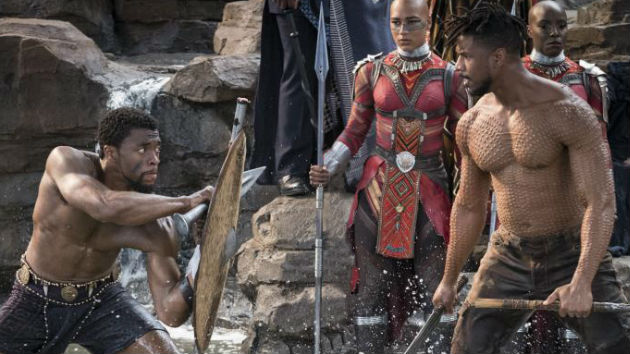 (LOS ANGELES) — As rumors continue to swirl about what the sequel to Ryan Coogler’s Black Panther will entail, Marvel Studios President Kevin Feige is shutting down the early report that Michael B. Jordan’s character Erik Killmonger will officially be revived.

In an interview with BET, Feige says the rumor that Jordan will make a return in the sequel is pure “speculation.”

“[It’s] pure rumor and speculation because Mr. [Ryan] Coogler is just only in recent weeks sitting down at his keyboard and beginning to outline the movie,” Feige said.

“It’s early,” he continued. “Nothing is set yet in any way that far because Mr. Coogler [is] sitting down and will share it with [Black Panther producer] Nate Moore and myself in coming weeks.”

As previously reported, in January Black Panther star Angela Bassett’s husband, Courtney B. Vance, told Entertainment Tonight that the entire cast was returning for Black Panther 2.”Everyone will be there, including Michael B. [Jordan]” Vance had said.Although Vance didn’t offer any specifics, the revelation left fans scratching their heads. In the Oscar-winning film, Jordan’s villainous character Killmonger was mortally wounded after an epic battle with T’Challa in their native Wakanda. T’Challa offered him aid, but Killmonger famously chose to die, rather than live a life imprisoned like his “ancestors.”Production on Black Panther 2 is scheduled to begin in late 2019 early 2020.