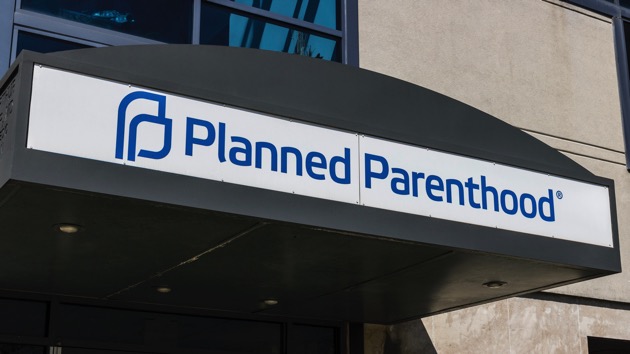 (ST. LOUIS) — The ongoing legal battle over the last abortion clinic in Missouri is reaching a looming deadline this week.A state circuit court judge ordered a temporary injunction earlier this month that allowed for the clinic in St. Louis to remain open, but that order came with a deadline for action by the state health department.In May, the Missouri Department of Health and Senior Services initially refused to renew the license for the Planned Parenthood of the St. Louis Region, which is the last abortion provider in the state. If the clinic closes, it will be come the first state without a legal abortion clinic.At the time, health officials said they were refusing to renew the license until health department officials interviewed clinic doctors about what Missouri Gov. Mike Parson said were “a series of deficiencies.”The clinic received a temporary restraining order to remain open on May 31, and then on June 10, a circuit court judge ordered that the health department had until June 21 to make a decision about renewing the clinic’s license.Bonyen Lee-Gilmore, the director of state media campaigns for Planned Parenthood Federation of America, told ABC News Thursday that the health department’s decision could come anytime between now and the end of the day on Friday, June 21, but even if they decide not to renew the clinic’s license, that won’t mean it will immediately close.Lee-Gilmore said that the preliminary injunction stays in place until the judge and the court makes a final ruling on what happens with the injunction.A hearing is slated for Friday morning, though it is not guaranteed that a decision will be reached at that time, she said.One of the points of conflict between health department administrators and clinic doctors was the implementation of a pelvic exam, which the state required but doctors felt was unnecessary and potentially triggering.While the clinic’s doctors said previously that they reluctantly performed those exams in keeping with the law, on Wednesday one of the clinic’s doctors announced they will no longer be performing the exams.”Patients have confirmed for us what we already knew — that the additional medically unnecessary forced pelvic exam newly interpreted by the state is deeply traumatizing and inhumane. Let’s be clear — we have always complied with the regulation, but we as doctors reject this new interpretation because it defies patient-centered care,” Dr. Colleen McNicholas, an OBGYN who works at the clinic, said in a statement released Wednesday.”We believe continuing to force an additional invasive and uncomfortable vaginal exam on patients at least 3 days before her abortion procedure, when it is not medically indicated, and when she will have the identical exam on the day of the abortion procedure, is not patient-centered; it is disrespectful and dehumanizing. This is contrary to our mission,” she said in the statement.”We are disappointed the State has pitted our medical principle to do no harm against what little abortion access is left in this state. We should not be forced to compromise our medical ethics in exchange for good patient care,” she said.Copyright © 2019, ABC Radio. All rights reserved.

Capitol rioter who allegedly tweeted he wanted to ‘assassinate’ Alexandria Ocasio-Cortez faces 5 charges
Larry King remembered by celebrities, politicians: ‘A newsman who interviewed the newsmakers’
Olivia Jade returns to YouTube after over a year, “I can’t change the past”
How working from home due to COVID could be a double tax hit for some
Chrissy Teigen says sobriety is “a different world for me”
Carole Baskin relieved Joe Exotic did not receive presidential pardon: “He belongs in a cage”