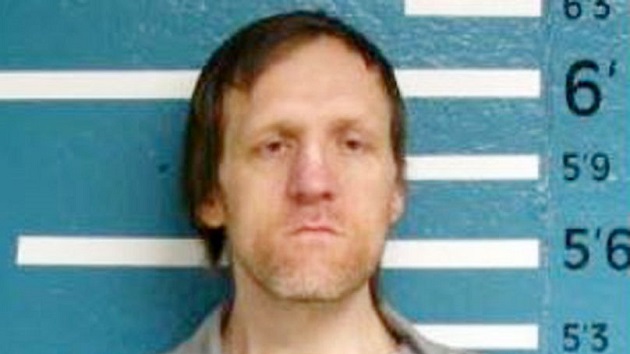 Missouri Department of Corrections
Posted on June 20, 2019 by ABC News

(ST. LOUIS) — A Missouri man was charged with making terrorists threats on Tuesday after he allegedly vowed to kill as many gay people as possible during one of the state’s largest Pride Month events.Edward Terry, 49, allegedly sent an email to an organizer with the Pride St. Louis (PrideSTL) organization, saying he would “come to pride fest with my guns to kill every gay person I can before I kill myself.” PrideSTL, which organizes the city’s annual LGBTQ pride festival, said it notified the authorities, who then reportedly tracked the email to Terry using cellphone data.Matt Harper, the organization’s president, said the organization would take extra steps to keep the parade area safe as Missourians flock to the festival to commemorate the 50th anniversary of the Stonewall riots in New York — an event that helped spawn the modern LGBTQ civil rights movement.”An event the size of PrideFest requires a full year of planning and we work hard to produce an event that is safe for all participants,” Harper told ABC News on Wednesday. “There are a number of on-duty and off-duty police that Pride St Louis hires for extra support, that patrol the festival grounds and parade route.”PrideFest events are scheduled for June 29 and June 30.Harper said security officers would be posted at all entry points into the festival to check bags and purses for banned or dangerous items. He also commended the city’s police force for its ongoing support.”We have a very great partnership with local and national law enforcement,” he said. “The planning of the event and security for the event is a year-long ongoing process. We work in conjunction with several agencies to insure the safety of everyone attending PrideFest and the PrideParade.”Members and supporters of the LGBTQ community have expressed safety concerns in the wake of recent threats and reported incidents of pride flag burnings and other hate-fueled crimes in major cities like New York City.Jeff Graham, executive director for Georgia Equality, said incidents like the ones mentioned, coupled with a rash of murders involving transgender, highlight a broader trend of increased hate crimes nationwide.”We’ve seen in the last few years an uptick in bias-motivated crimes in the U.S. increase across the board,” Graham told ABC News earlier this month. “FBI crime stats show an increase [of hate crimes against any minorities] across the board.”On Monday, a pair of Utah high school football players found themselves at the center of a police investigation after video surfaced of a teen allegedly burning a pride flag while laughing and yelling “all gays die.”Police are also investigating a similar incident in Burlington, Vermont, where Christopher Vaccaro and Jimmie Searle, a gay couple, said a person torched a pride flag on their front porch earlier this month.”Pride month started very tragically. This is part of the challenging times in which we live,” Graham told ABC News earlier this month. “We know that the acceptance of LGBT folks discrimination is at an all-time high and visibility is especially high this month.”Terry, the suspect in the St. Louis case, was being held on a $20,000 bond as of Wednesday evening.ABC News’ efforts to reach his attorney were unsuccessful. Copyright © 2019, ABC Radio. All rights reserved.