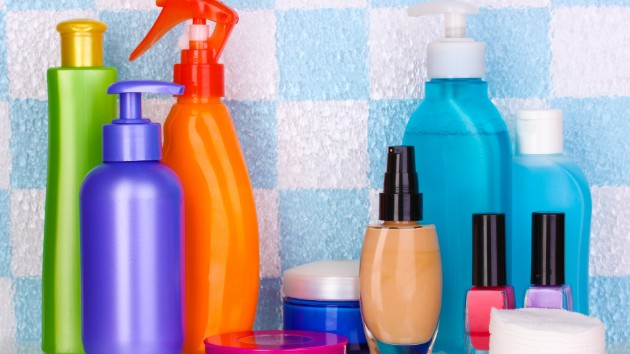 (NEW YORK) — It’s no surprise that small children are accident prone. After all, by age 2, many of them are already trying to imitate the behaviors of adults, such as when getting ready to go out. Sometimes it can be cute and funny, like when a child pours baby powder or lotion all over themselves. But other times, without parental supervision, it can lead to accidents.A new study published in the Journal of Clinical Pediatrics sheds light on the most common injuries related to cosmetic products sustained by children under 5 years old. Between 2002 and 2016, there were approximately 65,000 children treated in emergency rooms for injuries related to nail care, hair care, skin care and fragrance products, the study found. Nearly 99 percent of the injuries occurred in the home, the study found. Most often, it was children under 2 who appeared in the emergency room with injuries, with 86.2 percent of their injuries ultimately being diagnosed as a poisoning. Boys were also more likely than girls to get injured by cosmetic products.The most common diagnoses overall were poisoning from ingesting the products and chemical burns from the products making contact with the skin. The products included nail polish removers, perfumes and colognes, chemical hair straighteners and skin care products such as lotions.While the findings offer only a snapshot of the total number of children and teens who are admitted into emergency rooms because of poisoning — more than 300 each day, according to the Centers for Disease Control and Prevention (CDC) — the findings are especially noteworthy for such a young age group. Children begin exploring the world with their mouths at 6 months old, and as they age, some might not grow out of it. Children younger than 2 were injured at twice the rate of those who were ages 2 to 4, the study found.Rebecca McAdams, co-author of the study and a senior research associate at Nationwide Children’s Hospital, told ABC News that there were likely many other children who didn’t receive care at an emergency room after getting injured. She said that parents might have called a poison control center, but were not encouraged to go to the hospital. Other children, she said, might have received treatment from their pediatrician.McAdams said that her “hope is that parents can follow cosmetic safety tips.”The CDC recommends that adults store cosmetics — plus medicine and other toxic substances, like cleaning supplies — in their original packaging in areas of the home where children cannot easily access them. If that area can be locked, then that’s even better.Parents and guardians can also save the number for the Nationwide Poison Control Center: 800-222-1222. The center is open 24 hours a day, seven days a week. Copyright © 2019, ABC Radio. All rights reserved.

Pastor says addressing resistance to Biden administration is part of the job
John Krasinski, Dan Levy, Regina King are the first ‘SNL’ hosts of 2021
Lawmakers outraged at images of National Guard sent from Capitol to parking garages
‘Game of Thrones’ prequel, ‘Tales of Dunk and Egg’, in the works at HBO
Coronavirus live updates: Fauci says lack of truthfulness ‘very likely’ cost lives
Olivia Jade returns to YouTube after over a year, “I can’t change the past”