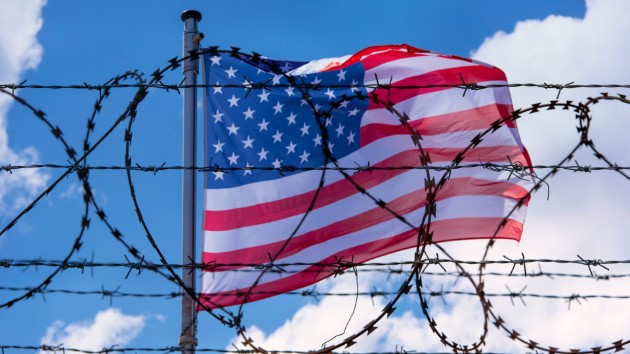 (WASHINGTON) — The Trump administration said Wednesday that it is targeting “all demographics” for deportation and is urging people living in the U.S. illegally to consider turning themselves in, although it wasn’t immediately clear whether the latest plan represented any significant change in enforcement tactics.Mark Morgan, acting chief for U.S. Immigration and Customs Enforcement, told reporters that his agency is “opening that aperture and applying the rule of law to all demographics that are here illegally.”His remarks came after President Donald Trump vowed to begin deporting “millions” next week, and Morgan signaled that would include undocumented families.Morgan encouraged families living in the U.S. illegally to turn themselves in to authorities.”I don’t want to send ICE agents to their work place,” he said. “I don’t want to send ICE agents to their home. I don’t want to try to track them down and apprehend them in their communities and towns.”But as of Wednesday, there was no indication that the administration would be able to deploy more resources to detain many more people than what it’s done already — a reality Morgan noted in a press call with reporters.”Resources are clearly an issue and that will, to some degree, dictate the pace at which we will be able to locate, apprehend and remove the vast amount of people that are here illegally in this country,” he said.Under the Obama administration, federal law enforcement officers focused on detaining immigrants who were convicted of violent crimes and felonies. But shortly after taking office, Trump eliminated those priorities and broadened the scope of immigrants who could be made a priority for deportation.As of June 15, there were 53,515 people in ICE detention. While most detainees are accused of immigration violations like crossing the border illegally, the majority of them have not been charged with other crimes, according to the ICE data.The Trump administration has attempted to expand detention centers despite pushback from Democrats in Congress. In budget negotiations earlier this year, the administration secured some flexibility to grow detention capacity slightly beyond the cap mandated by congress. This year’s budget funds fewer than 45,300 beds. Copyright © 2019, ABC Radio. All rights reserved.