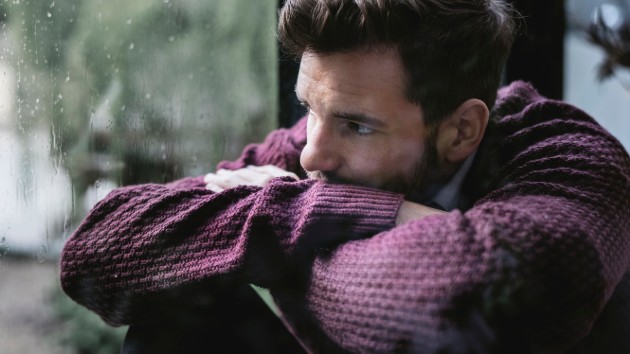 (NEW YORK) — Tragedy and happiness appear to be incompatible and mutually exclusive — on the surface, at least. But in reality, tragedy can actually break you open, allowing you to grow and live more meaningfully. By wholeheartedly embracing grief and learning to move beyond it, you may actually rediscover a greater sense of purpose and live happier than you did before.On this week’s episode of the podcast “Life After Suicide,” Dr. Jennifer Ashton and her guests Vic Strecher and Dan Harris talk about finding a purpose in order to not only overcome trauma but also discover a more fulfilled life after a loss. When Strecher lost his daughter, Julia, to a rare heart disease, he felt as though his world had ended. He gradually came to realize that in order to move past loss, the only thing that needed to end was his previous worldview. He called this “being broken open…getting real.”Strecher, the author of the book Life on Purpose, explained the ways in which he reframed his trauma as a sort of reality check. Losing his daughter pushed him to see beyond his ego, he said, referring to it as his “psychological immune system.”Julia’s death forced him to reflect on what mattered most to him, he said. Calling the process “transcendence,” he said it allowed him to start building a sense of purpose and to reclaim his own happiness.Strecher said that he hopes to use his own experiences to teach others that happiness does not negate the pain of loss or the memory of a loved one. Happiness, he said, is a “side effect of having a purpose.”Harris, co-anchor of ABC’s Nightline, said that he learned to “surf the waves of life” rather than drown in them after his experience with depression and self-medicating, which led to a nationally televised panic attack. He said that since then, he’s discovered what’s truly important to him and reframed his worldview.Harris said that even though his public breakdown had been embarrassing at the time, it led to “unimaginable gifts.” He chronicles his journey in his book, 10% Happier. Harris learned that he was the enemy of his own self, he said, and that the wall he’d built because of that prevented him from truly experiencing happiness. He said that he learned to tame the distressed voices in his head through meditation, and realized that happiness “does not mean you can control the universe; it just means that you’re going to deal with whatever happens better.”Strecher remembered going through this very “dark valley” and thinking life “will never be normal again.” Although loss and tragedy are highly individual and personal experiences, certain sentiments are shared by all people who are overcoming a loss, he said.Trauma is dizzying and painful. It feels unfair and incites a spectrum of emotions you may have never known you could feel. But recentering and regaining balance and livelihood after loss is possible. As Season 1 of “Life After Suicide” comes to a close, we hope to have empowered listeners to find their own sense of resilience in order to combat loss and tragedy, no matter how severe.We are grateful for our listeners’ feedback — those who shared their losses and traumas as well as their successes with us and told us that they finally felt heard.You are never alone.We hope you continue this journey with us in the second season of “Life After Suicide,” as we further explore how to reclaim life after loss.If you need to talk to someone, trained counselors are available for free, 24 hours a day, at the National Suicide Prevention Lifeline. Call 1-800-273-8255. Copyright © 2019, ABC Radio. All rights reserved.

Why lawmakers tested positive for COVID-19 after Capitol riot, despite vaccinations
Vin Diesel marks 20 years of ‘The Fast and the Furious’
Trump clemency list expected to include Lil Wayne and a once powerful NY politician
Residents asked to shelter in place in parts of Poconos after multiple shootings
All armed National Guardsman on duty in DC vetted by FBI amid inauguration threats
Coronavirus updates: Biden admin won’t lift COVID travel restrictions after Trump announces changes for UK, Europe