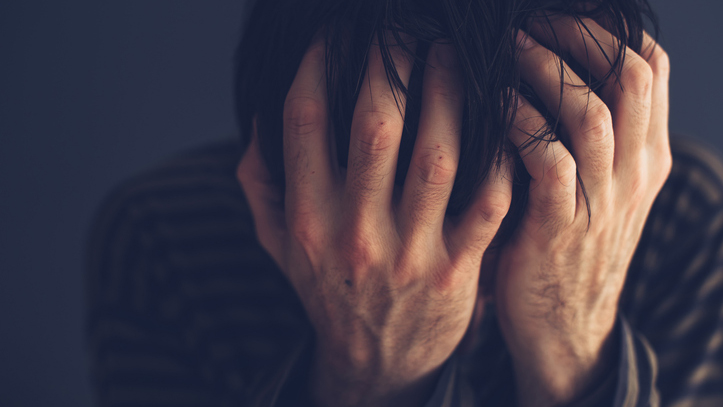 BY: EDEN DAVID(NEW YORK) — Premature deaths from suicide, alcohol and drug overdose have reached an all-time high, and U.S. states are losing ground on key measures related to life expectancy, according to a report by the Commonwealth Fund, a healthcare advocacy group.The report offers a state “scorecard” based on 47 different metrics, including death rates, healthcare access, quality of care, obesity and smoking.“What we found is that each of these causes is affecting states very differently,” David Radley, a senior scientist with the Commonwealth Fund and the lead author of the report, told ABC News.Although the report has pinpointed regional differences, Radley said, “we don’t know exactly why in some parts of the country people are more susceptible” to one form of deadly behavior over another.Deaths associated with alcohol abuse and suicide disproportionately affect Western states, while New England, the mid-Atlantic, and the Southeast states report more deaths from drug overdose, he said. Opioid abuse, as well as the rise of lethal synthetic opioids, such as fentanyl, has fueled this crisis.West Virginia has been hit the hardest, “as it had the highest rate of death from drug overdoses in 2017 and the steepest increase between 2005 and 2017, both in deaths from drug overdose and from alcohol abuse,” Susan Hayes, co-author of the report, said in an interview with ABC News.In 2017, the average U.S. life expectancy fell about 0.1 from the previous year, to 78.6 years, according to the the Centers for Disease Control and Prevention. The drop was largely driven by a steady increase in deaths from drug overdoses and suicides.U.S. overdose deaths linked to opioids like fentanyl increased more than 45 percent from 2016 to 2017, according to the CDC, and, between 1999 and 2017, there were more than 702,000 deaths from drug overdoses, 10% of which occurred in 2017.Separately, suicide rates have increased by about 2 percent per year between 2006 and 2017, according to the CDC’s data.Meanwhile, the progress of many states in expanding health care coverage and access, following the passage of the Affordable Care Act, has stalled and in some states access has even worsened. As Radley explained, having health insurance “creates a channel” through which people can gain access to care, and “reduces the financial burden to get care when you need it.”States ranked lowest on the Scorecard also reported the highest rates of uninsured people.According to the report, a major cause in the decreased expansion of health insurance coverage and access is cost, especially in the context of slow income growth. Rising private health plan costs and high deductibles are linked to fewer people with insurance coverage.These healthcare costs are also affecting those who do have insurance, “particularly for people who have health insurance through their employers,” noted Radley. As outlined in the report, families are paying more but getting less.“The bottom line is that health insurance is the foundation for many of the services that are needed to combat the crisis, including access to the opioid reversal medication, naloxone, substance use disorder treatment, and mental health services,” says Hayes. Radley adds, “Health care access is the foundation for a high performing health care system.”The report concludes that states must assume responsibility and partner with federal authorities in order to implement effective long-term solutions.Eden David is a rising senior at Columbia University majoring in neuroscience, matriculating into medical school in 2020 and working for ABC News’ Medical Unit.

Howard University honors VP Kamala Harris with 49 bell tolls and ‘Black national anthem’
“The ‘Bridgerton’ Effect”: Searches for “embroidery,” “corsets” and other finery skyrocket amid Netflix show’s success
“This isn’t going to be quiet”: Daniel Kaluuya recalls when ‘Black Panther’ went from being a movie to a “moment”
‘Bachelorette’ couple Dale Moss confirms he and Clare Crawley have ended engagement
‘Bachelor’ alums Arie Luyendyk Jr. and Lauren Burnham reveal sex of their twins
Coronavirus updates: Death toll surpasses 400,000 in US