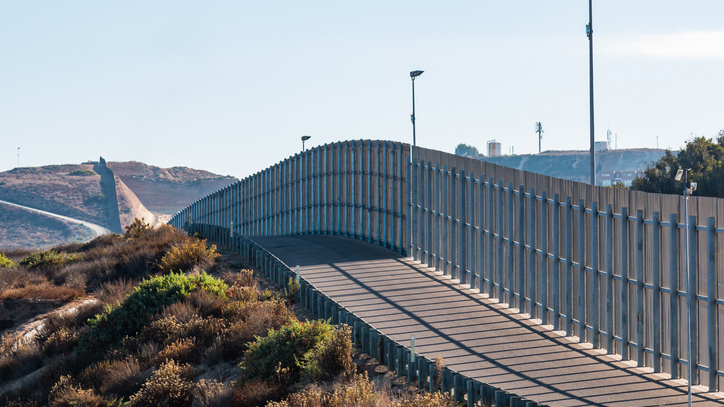 (WASHINGTON) — All but one Senate appropriator on Wednesday voted to approve a $4.59 billion emergency funding measure designed to address the humanitarian situation at the U.S. southern border, a rare bipartisan move by a congressional panel on a topic that typically sparks partisan rancor.But House Democrats expressed “concerns” — and it was also unclear whether President Donald Trump would accept the measure because of restrictions on how the money can be used.The Senate move comes at a critical time amid a surge of undocumented migrants at the border, particularly unaccompanied children, putting a strain on resources, specifically for the agency — the Office of Refugee Resettlement (ORR) — in charge of housing those children. The agency has warned it will run out of funding by month’s end.The deal struck by senators gives $1.2 billion to Customs and Border Protection (CBP) to relieve the overcrowding at detention facilities and for improving migrant care.”This package does not include everything that i would have wanted … But most importantly, it doesn’t not include poison pills,” Senate Appropriations Committee Chairman Richard Shelby, R-Ala., said.Sen. Patrick Leahy, the top Democrat on the panel, agreed, saying, “Everyone agrees there is a humanitarian crisis at our southern border. I don’t think anyone disputes that,” adding, “Do I like every aspect of this bill? No … but we don’t fund the administration’s detention-first policy.”To that end, the bill contains a number of restrictions — approved with GOP support — designed to withhold money from a number of President Trump’s immigration priorities, including the border wall.The legislation provides no funding for more detention beds, something Immigration and Customs Enforcement (ICE) has sought, and Democrats succeeded in adding other restrictions to the bill that prohibit any funds from being spent on the wall or for any other unrelated purpose. Members of Congress would also be allowed access to ORR facilities within 48 hours’ notice.But the lone Democrat opposing the bill, Sen. Jeff Merkley of Oregon, took issue with any support for detaining children.”Children should not be imprisoned in the United States of America,” Merkley said, explaining his ‘no’ vote to his colleagues. “This for-profit prison system for housing children is a deep scar that has to end.”Merkley also noted that while the bill prohibits the use of information obtained from sponsors of unaccompanied children being shared with ICE, “there’s no way to track and enforce that.”Shelby said he believes the bill has the support of the president, but quickly added, “That could change. Things change around here, you know.”One sticking point: House Democrats are not part of this deal, though Leahy said he and Shelby are scheduled to meet with their House counterparts Wednesday afternoon.“House Democrats are aware (of this deal), but they have their own plan,” a spokeswoman for Shelby told reporters.All of this comes as President Trump has revived a campaign promise to deport “millions of illegal aliens” from the U.S., something he said Tuesday would start “next week.”“It’s hard to explain how this nation of immigrants … struggles so mightily with who will be part of this nation’s future,” Durbin criticized at Wednesday’s hearing.But Senate Judiciary Committee Chairman Lindsey Graham, R-S.C., a key Trump ally, issued a stark warning to his colleagues.”If we don’t change our asylum laws, this never stops,” said Graham, who was preparing to deal with legislation to address asylum laws this week in the Judiciary Committee, but he unexpectedly put that on hold Wednesday.”This is not a crisis. It is a disaster,” Graham said.And in an apparent swipe at Rep. Alexandria Ocasio-Cortez, D-N.Y., who earlier in the week called migrant detention facilities in the U.S. “concentration camps,” Graham said, “These are not concentration camps, though. People are trying to get caught.”Shelby implored his colleagues to support the deal and move forward, putting contentious issues temporarily on the back burner.”Our border security professional and the children and families in their care cannot afford further delay,” said Shelby.Senate Majority Leader Mitch McConnell, R-Ky., is expected to put the bill on the floor as early as next week where it is expected to pass.