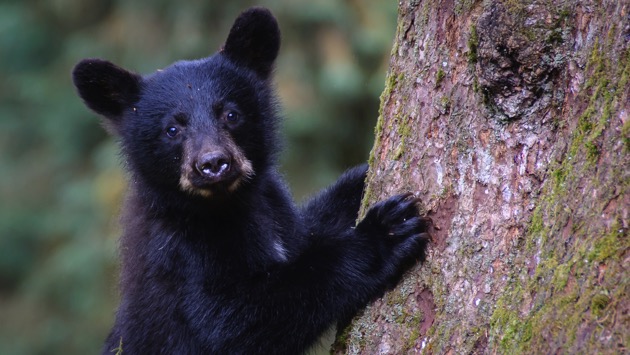 (SALEM, Ore.) — Oregon wildlife officials have euthanized a young black bear after it became too friendly with humans.The Washington County Sheriff’s Office tweeted photos of the bear cub last week asking people to stay away from Hagg Lake in Scoggins Valley Park so deputies could get to it.

Deputies are working to get this bear cub near Hagg Lake to go back into the woods… please stay away from the area near Boat Ramp A. pic.twitter.com/tI8m5yTbyk

However, warm weather attracted crowds to the park, and people had been feeding the bear, the Salem Statesman Journal reported. In addition, the bear was so used to humans that it allowed them to get close enough to take selfies with it, which were posted all over social media, according to the local newspaper.Park-goers had been leaving trail mix, sunflower seeds, cracked corn and other food for the bear to eat, the Oregon Department of Fish and Wildlife said in a press release. It is illegal in the state of Oregon to scatter food or garbage for wildlife, the department said.”This is a classic example of why we implore members of the public not to feed bears,” said Kurt Licence, assistant district wildlife biologist for the department, in the release. “While the individuals who put food out for this bear may have had good intentions bears should never, ever be fed.”The junk food can also make the animals sick, Licence said, adding that bears are “perfectly capable” of fending for themselves.”It’s always better to leave them alone and enjoy them from a safe distance,” he said.On June 12, the bear was “lethally removed,” as relocation was not an option, the sheriff’s office announced in a Facebook post. The bear had been too habituated to the park as a result of the feeding, according to the Department of Fish and Wildlife.”We are saddened by the outcome, but leave it to the experts when it comes to these kind of decisions,” the Facebook post read. “Also, this outcome it a direct result of humans feeding and interacting with the bear.”The male bear was about 100 pounds and between 2 and 3 years old, according to the Statesman Journal. Wildlife management from the Oregon Department of Fish and Wildlife has to euthanize multiple bears that have become too comfortable with humans every year, the newspaper reported.Oregon Department of Fish and Wildlife did not immediately respond to ABC News’ request for comment.Copyright © 2019, ABC Radio. All rights reserved.

Ride to the Olympics CEO on increase in Black polo players: ‘We break barriers’
Ukraine’s black market in COVID vaccine certificates
Hummer EV truck shows it can compete with its gas-powered rivals
Howard University students protest housing conditions with on-campus tent city
Truth Social could provide Trump with infusion of cash — but critics are concerned about its content
Supreme Court to take up Texas abortion law but declines to block it