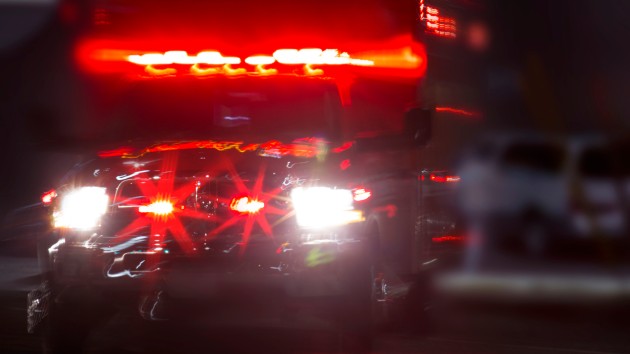 (FRAZEE, Minn.) — A Minnesota dad drowned while saving his 3-year-old son who fell in a lake, according to authorities.Christopher Schultz, 31, was at Detroit Lakes in Minnesota Saturday night when his 3-year-old fell from a bridge into the water, according to the Becker County Sheriff’s Office.Schultz jumped into the water and “began to struggle while keeping the child above the water,” the sheriff’s office said.Bystanders went into the water and brought the toddler to shore, but the father “never resurfaced,” the sheriff’s office said.The child survived with non-life-threatening injuries, authorities said.Crews immediately launched a search for Schultz. The Frazee, Minnesota, dad was found at 9:07 p.m. and taken to a hospital where he was declared dead, the sheriff’s office said.Schultz was “very close” to his four children, his mother, Pam Olson, told ABC News on Wednesday.Olson said she wasn’t surprised that her son — who she called a great swimmer — jumped in and “gave his life” for his child.”He would’ve did it for everybody, he would’ve did it for a stranger’s kid,” Olson said. “He helped every friend and family member out when they needed something.””He was a good, brave father,” she said. “He was a great son.”Copyright © 2019, ABC Radio. All rights reserved.