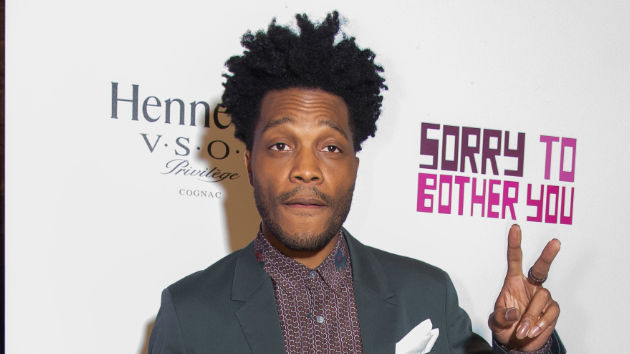 (LOS ANGELES) — Sorry to Bother You star Jermaine Fowler has found his next major role.

Sources tell Variety that Fowler has been cast in a lead role opposite Eddie Murphy in the upcoming sequel, Coming 2 America.

The original Coming to America movie starred Murphy as Akeem Joffer, crown prince of the fictional African nation of Zamunda. In an effort to find a wife, Akeem, along with his trusty assistant Semi, played by Arsenio Hall, decides to travel to Queens, NY.

As previously noted, Murphy and Hall are expected to reprise their roles, with black-ish creator Kenya Barris rewriting a script from original Coming to America writers Barry Blaustein and David Sheffield.

Hustle & Flow director Craig Brewer has signed on to helm the project, which Murphy’s also producing. The two recently worked together on the Netflix comedy Dolemite Is My Name, which follows the story of real-life comedian Rudy Ray Moore.

Although official details of the film are still forthcoming, Sheffield told ABC’s Good Morning America back in June 2018 that the film will follow Akeem after he learns that he has a son, and returns to America to meet him.