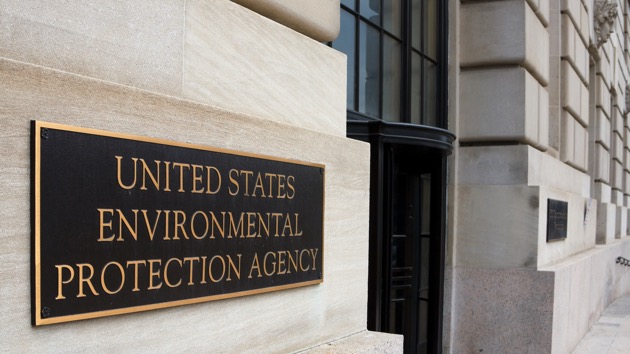 (WASHINGTON) — The Environmental Protection Agency finalized its replacement for Obama’s signature climate policy on Wednesday with a rule officials say will still reduce greenhouse gas emissions but critics say is not aggressive enough to slow the effects of climate change.The Clean Power Plan, which never went into effect, was a signature policy proposed by President Barack Obama to reduce greenhouse gas emissions that contribute to climate change. The policy would have required states to submit extensive plans on how they would reduce carbon dioxide emissions by requiring power plants to install new technology or switching to more renewable energy sources.But under President Donald Trump, the agency says the Clean Power Plan went too far.The replacement, called the Affordable Clean Energy rule, would let states set their own goals on targets to reduce releases of carbon dioxide and other greenhouse gases. States can choose from a list of EPA-approved options to improve existing coal-fired power plants, a provision that critics say could make it easier for utilities to keep the facilities open instead of moving to cleaner energy sources and eliminating the use of fossil fuels.Democrats and environmental activists have called for the government to take a more aggressive role in combating climate change, including reducing the use of fossil fuels and drastically reducing emissions of CO2.The EPA says its proposal would reduce greenhouse gas emissions more than the original Clean Power Plan when compared to 2005 levels, but former EPA officials who worked on that plan say that the Trump administration can’t take credit for those reductions. Many utility companies have made the decision to close coal-fired power plants in favor of cheaper options, such as natural gas, and critics of Trump’s EPA argue the reductions would be even more dramatic if the government pursued harsher regulations.”To the extent that the agency is either explicitly or implicitly, through its analysis, taking credit for reductions that are occurring as a result of private sector business decisions, that represents a kind of abdication of responsibility on the part of EPA,” Joe Goffman, former EPA administrator for climate under Obama told reporters on Monday.Under Trump, the EPA has also discounted the benefits of the Clean Power Plan that would reduce other kinds of pollution like tiny particles that contribute to smog. The requirements proposed in the original plan would have required new technology on coal-fired power plants that limit all kinds of pollution but the EPA now says that goes outside the scope of a rule intended to limit carbon dioxide emissions and is covered separately under more specific rules.Democrats and environmental groups will likely challenge the rule in court.Copyright © 2019, ABC Radio. All rights reserved.