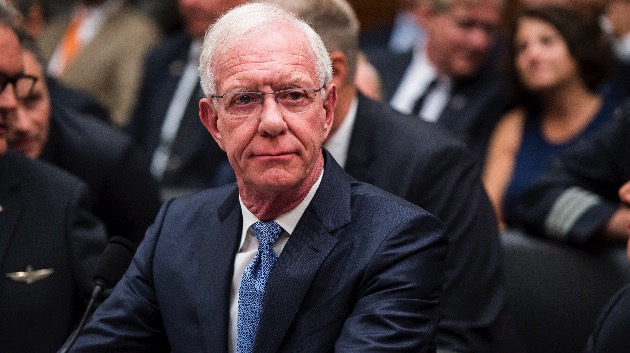 (WASHINGTON) — Chesley “Sully” Sullenberger, the ‘‘Miracle on the Hudson’’ airplane captain who safely landed a disabled jetliner on the Hudson River in 2009, told a congressional hearing on the Boeing 737 MAX on Wednesday that we should design an aircraft that does not have “inadvertent traps” set for pilots.This is the second hearing the House Aviation subcommittee has conducted on the safety certification of the 737 MAX after it was involved in two deadly crashes that killed 346 people.Sullenberger criticized Boeing for adding an anti-stall system called the Maneuvering Characteristics Augmentation System (MCAS), and failing to communicate its existence to pilots until after the first Lion Air crash in Indonesia.“Our current system of aircraft certification and design has failed us,” Sullenberger said. “These accidents should never have happened.”Sullenberger refuted the idea that the pilots involved should have been able to perform better and solve what he called the “sudden, unanticipated crisis they faced.””From my 52 years of flying experience and many decades of safety work, we must consider all the human factors,” Sullenberger told lawmakers.The now-retired US Airways captain said he recently entered a 737 MAX flight simulator that recreated the accidents in Ethiopia and Indonesia. He said even knowing what was going to happen he “could see how crews could have run out of time before they could have solved the problems.”According to Boeing, the company completed development of the updated software for the 737 MAX last month and Boeing Chairman, President and Chief Executive Officer Dennis Muilenburg said they are “confident that the 737 MAX with updated MCAS software will be one of the safest airplanes ever to fly.”Sullenberger told the subcommittee there needs to be robust training on these 737 MAX MCAS updates and that as complexity increases the most important trait that every technology must have is that it be intuitive. “It has to make sense,” he said, especially for things that operate in a surprising or counter-intuitive way.“We must be made aware of it and its implications,” Sullenberger said. “We must experience it first-hand in a simulator before we face a crisis in-flight, with an airplane full of passengers and crew.”On Monday, Boeing executives apologized to airlines and families of those who died in the separate crashes in Indonesia and Ethiopia.

“Only by discovering and correcting the ways in which these tragedies occurred can we being to regain the trust of our passengers, flight attendants, pilots, and the American people,” Sullenberger said at the end of his testimony.