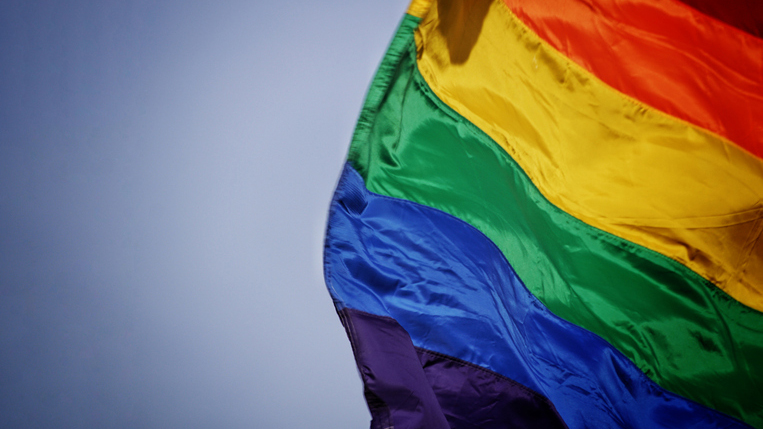 (NEW YORK) — A pair of Utah high school football players found themselves at the center of a police investigation after video surfaced of a player allegedly burning a pride flag while laughing and yelling “all gays die.”The Granite School District in Northern Utah asked police to open an investigation this week as the controversial Snapchat video sparked outrage on social media, school officials told ABC News on Tuesday.Concerned community members notified school district officials on Monday, demanding action when a football player at Kearns High School in Salt Lake City shared the offensive video on social media. Some called for the incident to be investigated as a potential hate crime.Granite School District spokesman Ben Horsley said the district opened an independent investigation immediately and notified local police.”We are having police look at it to ensure that there is no criminal implications,” Horsley told ABC News in an interview on Tuesday. “Looking at the video, whether if it was intended as a joke or as a serious and broad threat against LGBTQ individuals, it’s still a reprehensible act. We need to condemn hatred and bigotry wherever we see it.”Horsley declined to offer specific details about the two students involved, but he said they were both associated with the football team. He described the student who initially posted the video as an incoming freshman, thought to be about 15 years old, and said the other player was already a student.It’s too early to say if either student will face criminal charges, but the district said it reserves the right take its own disciplinary actions. The Unified Police Department of Greater Salt Lake, which are investigating, did not return ABC News’ request for comment.Horsley said punishment by the school district could range from mandated community service to suspension.“We want those two individuals to understand the implications of their actions and educate them on why it’s inappropriate,” he said. “Ultimately, at the end of the day, the goal of our football team, the goal of our schools, is to create respectful, caring, empathetic individuals with high character and moral standards. And obviously, this type of activity is not conducive for that.”Some people have called on the school to expel the students, while others urged the school to cancel its football program over the incident.Kearns High School’s head football coach, Matt Rickards, called it a potential hate crime in an on-camera interview, but he did not say how the students should be penalized.”There’s no place for that in our program at all, and it won’t be tolerated,” Rickards, who took over the program seven years ago, told Salt Lake City Fox affiliate KSTU on Tuesday. “It’s potentially a hate crime, so it sickens me.”“We have one rule in our program and that is not to embarrass yourself, your family or your team and, obviously, that rule was broken. So, there’s got to be consequences for that,” he added.Horsley said the high school and the community had been “dragged through the mud as part of this process,” but said the incident does not reflect the community.The video surfaced during the heart of Pride Month and amid a rash of pride flag burnings and other hate-fueled crimes in major cities like New York City, pointing to a broader trend of increased hate crimes nationwide.Police are investigating a similar incident in Burlington, Vermont, where Christopher Vaccaro and Jimmie Searle, a gay couple, said a person torched a pride flag on their front porch earlier this month.“There’s no question that nationally, cities, towns and states are receiving more reports and are connecting more investigations of reported hate crimes,” said Julio Thompson, assistant to the Vermont attorney general, told the Burlington Free Press last week. “If we look at the numbers that have been publicly reported by the FBI in terms of voluntary reporting from law enforcement, we’ve seen a rise of reported hate crimes by law enforcement in Vermont over the last couple of years.”Vaccaro and Searle said the city’s police department gifted them with a new pride flag, along with a handwritten note in the wake of the incident — signaling that the city would stand in solidarity with them.