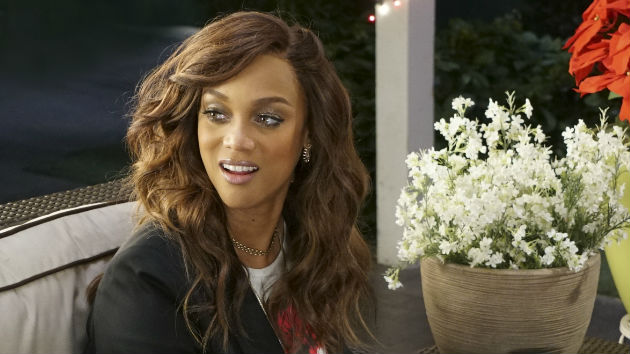 (LOS ANGELES) — With her next project, Tyra Banks is offering the world a new set of beauty standards.

According to Variety, Banks is teaming up with the Quibi mobile streaming service for a new body positive docu-series titled Beauty. The series, in which Banks will both star in and executive produce, is described as a multi-part show which “celebrates being beautiful.”

The goal of the series is to help “break down barriers and challenge traditional notions” of beauty while questioning the beauty standards that the world has subscribed to over the years.

“As I look into the future, I see radical changes in both how people ‘attain beauty,’ and how the world perceives beauty,” Banks said in a statement. “Our docu-series aims to expand and redefine the definition of beauty as we know it, challenging why we accept certain beauty parameters and reject others, and examining the beliefs behind those judgments.”

Banks, now called BanX, has been a champion for body positivity throughout her career, including on her show America’s Next Top Model, which has been running for 24 season across various networks.

Quibi will officially launch in April 2020. A premiere date for Tyra’s Beauty has not yet been revealed.