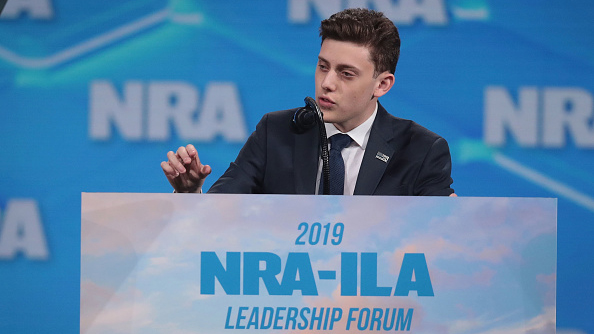 (WASHINGTON) — A survivor of the deadly Marjory Stoneman Douglas High School shooting revealed on Monday that Harvard College rescinded its admissions offer as a result of alleged racist comments he made months before the 2018 shooting massacre.Kyle Kashuv, 18, disclosed the news on Twitter, claiming the school rescinded its offer after screenshots surfaced showing him allegedly using racial slurs at the age of 16, just a few months before a gunman stormed into the Parkland, Florida, school and killed 17 people.The recent graduate posted two letters purportedly from the school: one asking him explain the comments and another notifying him that the offer had been rescinded after serious consideration of “the qualities of maturity and moral character.””As you know, the Committee takes seriously the qualities of maturity and moral character,” William R. Fitzsimmons, dean of admissions and financial aid, wrote in a June 3 letter made public by Kashuv. “After careful consideration the committee voted to rescind your admission to Harvard College.””We are sorry about the circumstances that have led us to withdraw your admission, and we wish you success in your future academic endeavors and beyond,” the letter added.Kashuv, who became a gun rights advocate in the wake of the massacre and landed a White House meeting with first lady Melania Trump, said the school rescinded the offer three months after accepting him. A Harvard spokesperson said the college could not comment “on the admissions status of individual applicants,” but one of the things the spokesperson noted was that the school “reserves the right to withdraw an offer of admission” under conditions that are “clearly expressed to students upon their admission.”The school’s admissions policy states that an admitted student could have their admission withdrawn if he or she “engages or has engaged in behavior that brings into question their honesty, maturity or moral character.”Kashuv acknowledged that he had made “abhorrent racial slurs” when he was 16 years old “in an effort to be as extreme and shocking as possible.”He said he’d given up “huge scholarships” in order to attend Harvard, according to a Monday tweet.“I had given up huge scholarships in order to go to Harvard, and the deadline for accepting other college offers has ended,” Kashuv said. “In the end, this isn’t about me, it’s about whether we live in a society in which forgiveness is possible or mistakes brand you as irredeemable, as Harvard has decided for me.”