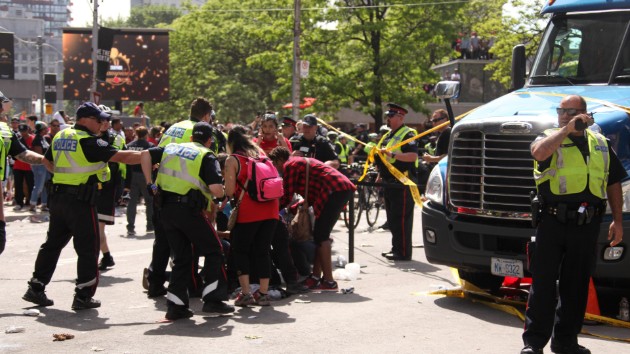 (TORONTO) — Four people were injured in Toronto Monday after gunfire erupted during a celebration for the NBA champion Toronto Raptors.Footage from the scene shows thousands of fans running after the gunshots began. More than one million people were said to have crowded the streets of downtown Toronto Monday as the city hosted a parade for the team, which defeated the Golden State Warriors last week to win their first NBA championship. Toronto Police Chief Mark Saunders said none of the injuries were life threatening.Three people have been arrested so far and an investigation into the incident is ongoing.