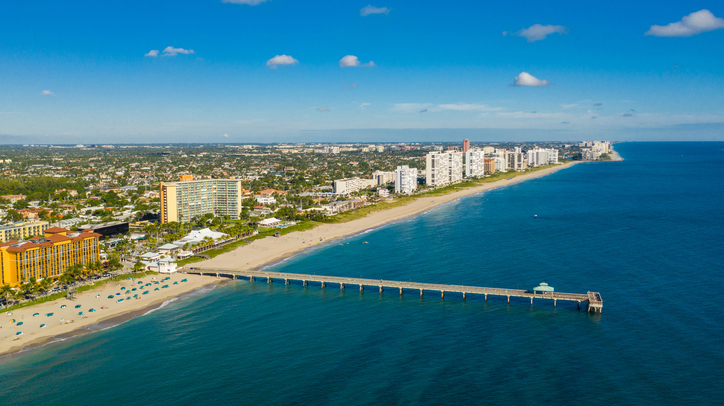 (NEW YORK) — A team of hundreds of divers has beaten the Guinness World Record for the largest underwater cleanup worldwide off a South Florida beach over the weekend.Arilton Pavan, owner of diving store Dixie Divers in Deerfield Beach, Florida, has been organizing an annual cleanup for the past 15 years to obtain the lead weights used by fishermen off the city’s pier, he told ABC News.This year, Pavan decided to raise the stakes, aiming for a Guinness World Record to entice divers far and wide to attend the event. The rules dictated that each person had to be a certified diver in full scuba gear and had to spend more than 15 minutes underwater looking for trash, Pavan said. Participants also had to sign a liability release before entering the water, Pavan said.Guinness World Record Judge Michael Empric, who personally counted each diver as he or she went into the water, announced Saturday that 633 people participated in the underwater event. The previous record-holding underwater cleanup was in Egypt, where 614 divers took part in 2015, Empric said, before handing Pavan the plaque acknowledging the new record.In just three hours, divers plucked more than 1,200 pounds of lead fishing weights from the bottom of the ocean floor, Pavan said.Pavan said the event brought diving enthusiasts from all over the country to his small town, where he has owned and operated his shop for more than 22 years. Not only did the quest bring a sense of community and comradery to the group, but it also boosted the local economy by filling up hotel rooms and restaurants, Pavan said.About 80 snorkelers and 150 beach volunteers also participated — all united with a single goal of helping the environment, he said.”I think everybody was happy,” said Pavan. “There was a sense of friendship, helping each other.”While the volunteers didn’t find much plastic garbage during the cleanup, Pavan said the number one item he sees littering the coral reefs when he takes people out on dives are plastic shopping bags.The marine enthusiast said he is “slowly” trying to educate the community to be more conscious and more aware of conservaton.In the future, Pavan said he hopes to organize multiple cleanup events throughout the year.

What to know about the link between mental health and heart disease
Woman loses 115 pounds, leads organization that gets Black women running
Teen speaks out after alerting FBI about father’s alleged role in US Capitol siege
DOJ nominee Kristen Clarke wants to make the promise of ‘justice for all’ a reality
Charo says she finds the Hilaria Baldwin cultural appropriation controversy “funny”
Biden’s COVID relief package presents first test of his deal-making skills