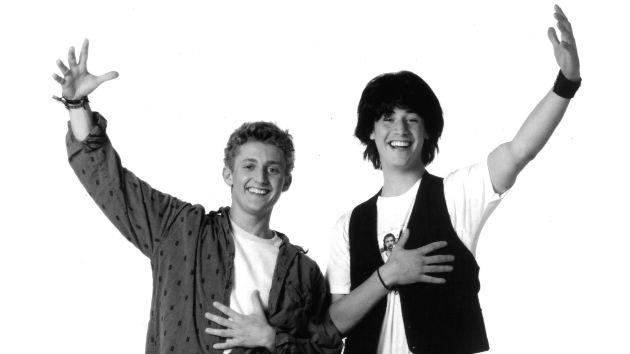 “Just got to location to shoot @BillandTed3,” Winter tweeted. “Making movies is a miraculous gig, but it’s also stressful & fairly nuts. Good to be here with @ed_solomon, our great director & producer, many [folks] I’ve known most of my life. We’re family, and that makes this all the more special.”

As previously reported, Reeves, 54, and Winter, 53 will be reprising their roles as Bill and Ted, who are now middle-aged dads who never quite fulfilled their destiny of writing a song that will save the universe.

This time, their daughters — Brigette Lundy-Paine’s Billie Logan and Samara Weaving’s Thea Preston — are along for the ride, with the fate of existence in the balance.

Their excellent adventure, Bill & Ted Face the Music, will come to theaters on August 21, 2020.