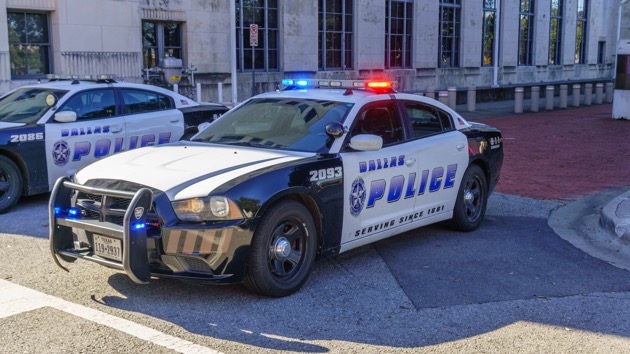 (DALLAS) — A gunman who appeared to be wearing tactical gear and wielding an assault rifle opened fire outside a federal courthouse in Dallas Monday morning, but no one aside from the alleged shooter appeared to be injured in the incident, police said.Police responded to what they called an active shooter incident at the Earle Cabell Federal Courthouse in downtown Dallas at 8:50 a.m.”There has been an exchange of gunfire between a suspect and federal officers,” the Dallas Police Department wrote in a post on Twitter. “The suspect was shot and transported to an area hospital. No officers or citizens injured.”The alleged gunman, identified by federal authorities as 22-year-old Brian Isaack Clyde, was gravely wounded in the gunbattle with Federal Protective Service officers, said Matthew DeSarno, special agent in charge at Federal Bureau of Investigation Dallas/Fort Worth office. Clyde was taken to Baylor University Medical Center, where he was pronounced dead, DeSarno said at a news conference.Cell phone video taken by witness Lane Brown and shared with ABC News appeared to show the gunman dressed in black tactical gear, including a bulletproof vest. The video shows the shooter taking up a position outside of the courthouse, peeking around a corner and randomly pointing a rifle at people.”It looked like he was playing Call of Duty or something. He had everything on,” Brown told ABC News, referring to the first-person shooter video game. “He even took aim at a girl walking a dog. There were a couple of ladies hiding behind a car.”He said it sounded like the gunman was firing a semiautomatic rifle.The gunman is then seen in Brown’s video running through a nearby parking lot, where the gunbattle apparently occurred.”I saw him get shot. I saw him go down,” said Brown, who took the cell-phone video from his 10th-floor condo near the federal building. “I couldn’t actually tell from where I was at who shot him or how many times or anything, but I did see him jerk a couple of times and then he hit the ground.”It was just really frightening to see something that close and knowing that he was shooting at real people down there,” Brown said.Police have yet to comment on a possible motive for the shooting.”At this time, we have no information indicating that there are other shooters, other threats to the community,” DeSarno said.The federal courthouse and nearby El Centro College were immediately placed on lockdown, according to ABC affiliate WFAA-TV.Police bomb squad technicians were examining the suspect’s car found parked on a street near the courthouse. Dallas police said on Twitter that they were preparing to do a controlled explosion of that vehicle, but offered no further details.Aerial video showed a bomb squad robot examining the gray vehicle.Witness Don Miles told WFAA-TV that he was walking into the courthouse for a hearing when the shooting broke out and people inside the building began streaming out.”I was walking up to the building and all of a sudden there was shooting, rapid shooting,” Miles said. “I didn’t see anybody get shot, but I did hear all the shooting. It was like 10 to 15 shots all of a sudden, at one time.”The FBI, U.S. Marshals and the Bureau of Alcohol, Tobacco, Firearms and Explosives responded to the scene, WFAA-TV reported.The shooting was monitored by police as far away as New York.”We continue to closely monitor the reports of an active shooter at the Earle Cabell Federal Building in Downtown Dallas, Texas,” the New York Police Department counterterrorism unit tweeted.